In the past few days, we’ve seen a few rumors about LG’s upcoming flagship device dubbed as LG G3, which is expected to hit retail shelves later this year.

The device was recently spotted on the popular Antutu benchmarking website, revealing some of the specifications it has to offer to the users, and it looks quite impressive. 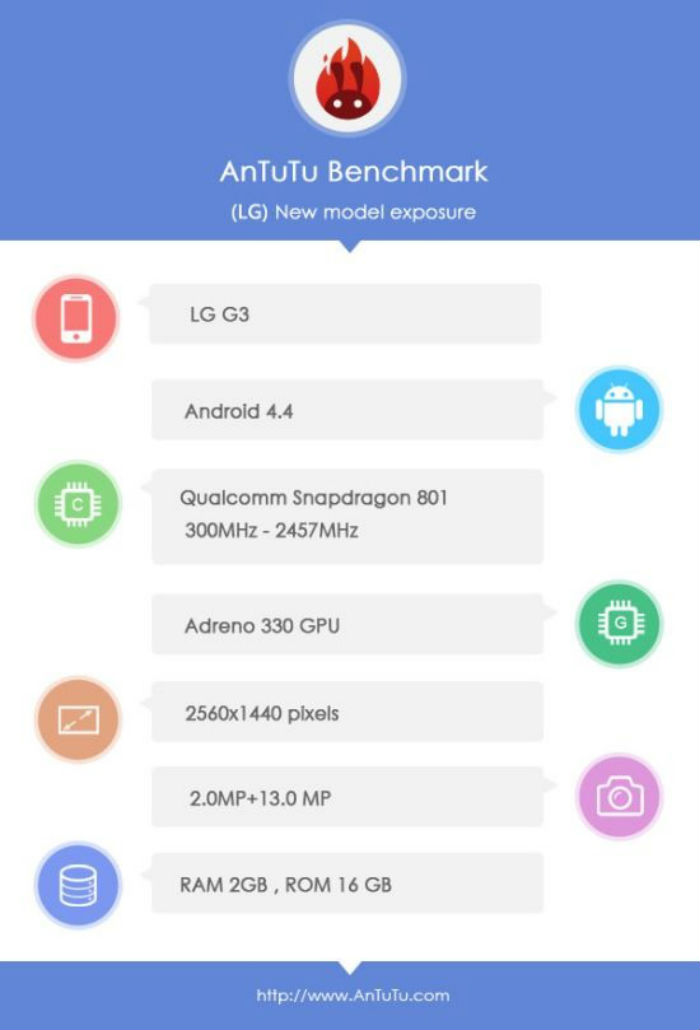 LG could be working on two versions of the handset: one could be the LG G Pro 2 for international markets, or maybe an LG G3 with 1080p resolution, while the other one features QHD resolution.

Now, it’s just a speculation, but one of the images revealed by Antutu lists the device as LG G3. According to the benchmark, the device is expected to sport a resolution of 2560 x 1440 pixels, and is powered by a quad-core Snapdragon 801 chipset with 2GB of RAM, and 16GB storage on board.

On the rear, the purported LG G3 features a 13MP camera for photos and videos with a 2MP front-facing camera, and runs Android 4.4 KitKat as its operating system.

The second device has the same set of specs as the LG G Pro 2, could this mean that LG plans to launch two high-end smartphones for global markets? Well, we’re not so sure, but it could very well be two versions of the LG G3.

Let’s take this rumor with a pinch of salt, and wait for LG to officially announce the device. We’ll update you if anything else comes up.