LG G2 Mini has seen its fair share of rumors in the past few weeks. Not too long ago, the handset made an unexpected appearance at the Bluetooth SIG, suggesting we might see the handset in the coming days.

Now, the folks at LG have posted a teaser on their Facebook page, hinting at the possible launch of the LG G2 Mini on February 24th at the Mobile World Congress 2014 in Barcelona. 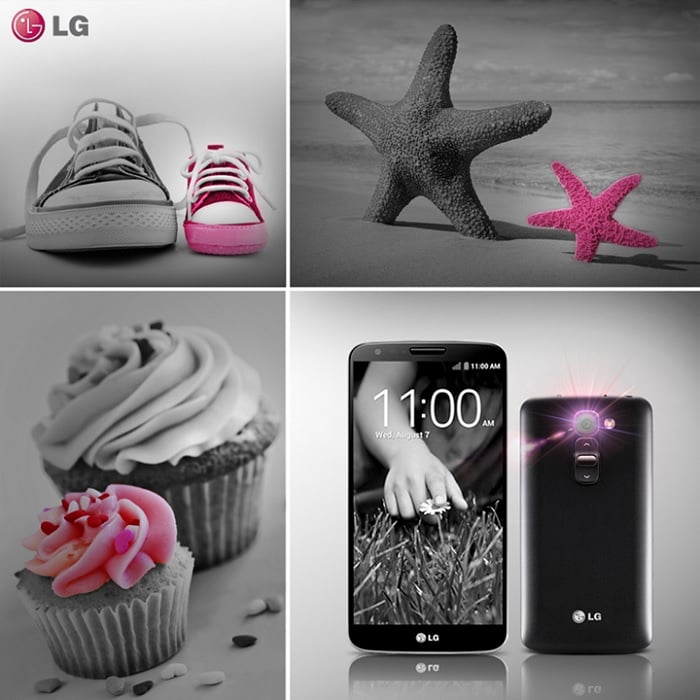 The image posted by the LG shown above clearly hints that a mini version of the handset is on it’s way, with a caption “Experience the Mini, Mobile World Congress 2014-02-24.” The image that shows a mini version of each of the object, including the LG G2.

The details about what it could bring at the table are scarce, but there’s a chance it might come with a similar set of specifications as its big brother. Sony has raised the bars with it Xperia Z1 Compact that boasts the same specifications as the flagship device, with a trimmed down display and resolution. So there’s a possibility LG might do a similar thing.

In the past, we also heard some rumors that LG G2 Mini will rock a 4.7-inch display, but that’s just a speculation and there’s no official word about it.

Mark your calendars for February 24th as it’s going to be an action packed event with OEMs from all around the globe, showcasing their best gadgets. We’ll update you as soon as it gets official.