Back in late September, rumblings of a new smartphone from LG called the Optimus G Pro Lite surfaced. LG has now gone official offering up all the details on the LG G Pro Lite smartphone. The smartphone features a 5.5-inch display with a resolution of 960 x 540. The phone also has a very large battery to go along with its big-screen. 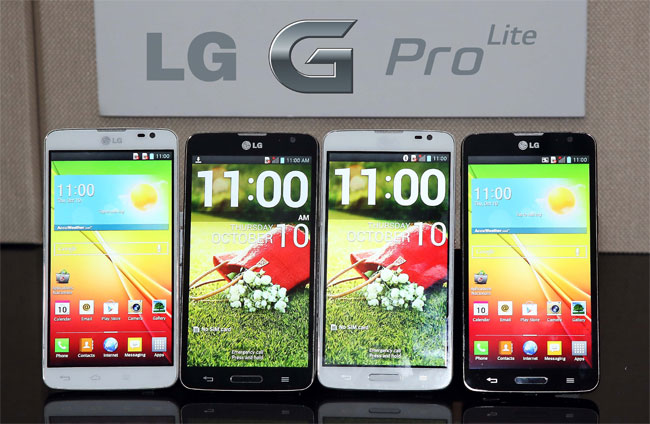 The battery has a capacity of 3140 mAh, which should provide impressive runtime. The phone has a Stylus Pen that stores inside the top edge of the phone and supports handwriting input. LG also outfits the phone with its range of UX features including KnockON and others. The phone uses a dual-core 1 GHz MT6577 processor.

That processors is paired with 1 GB of RAM and 8 GB of internal storage. Storage can be expanded using microSD cards and the phone has eight-megapixel rear camera. The front camera the phone has 1.3-megapixel resolution. The operating system is Android 4.1.2. Smartphone measures 150.2 x 76.9 x 9.4 mm and weighs 161 g. LG will offer the black or white colors and the phone has Bluetooth 3.0, a-GPS, and Wi-Fi Direct built-in. The device will launch this month in Latin America followed by Asia, Russia, China, India, and the Middle East. Pricing is unannounced.