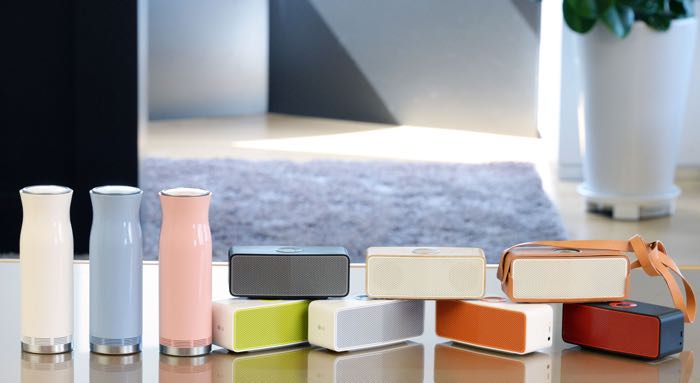 LG has announced some new wireless speakers that it will be showing off at IFA 2015 in Berlin next month.

The company has added two new devices to its line up which include the LG Music Flow P5 and the LG SoundPop 360.

The LG Music Flow P5 is an extremely portable speaker that belies its powerful sound. As part of LG’s smart Music Flow series, the P5 supports LG’s Auto Music Play feature which automatically begins playing music when the audio source comes within range. Its rechargeable battery allows for 15 hours of continuous playback, more than enough for a full day of use on a single charge. The P5 and its previously announced sibling, the P7, represent LG’s commitment to expanding its wireless audio category to offer the most advanced products with compelling design and versatility.

Meant to appeal to today’s active listeners, LG designed the SoundPop 360 to be extremely portable. The speaker’s unconventional design was inspired by a coffee tumbler, helping it fit naturally into listeners’ daily lives. The easy to use LG SoundPop 360 is a perfect fit for any interior decorating scheme, blending in seamlessly with the user’s other furniture and appliances.

We will have more details on these two new wireless speakers from LG when they are shown off at IFA 2015 next month.