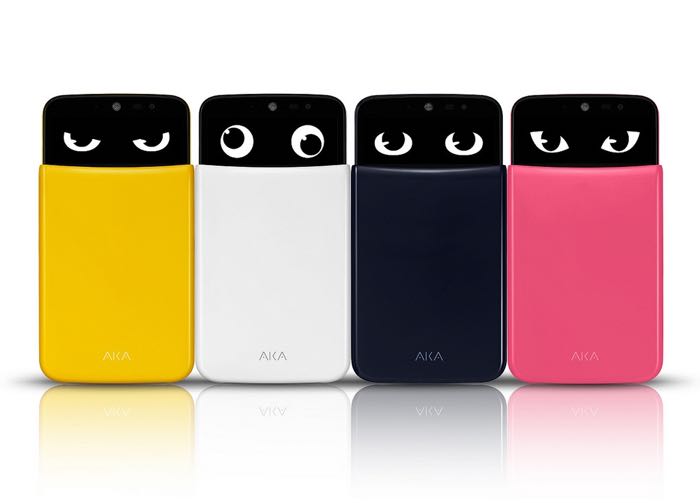 Some of our readers will remember the LG AKA Android smartphone that launched in South Korea last year, the device comes with a handset and a case that display a number of animated eyes on the top of the display and the handset is aimed at younger smartphone users.

LG has now announced that they will be launching the LG AKA in Taiwan, the device will launch in Taiwan later this month.

As a reminder the LG AKA comes with a 5inch inch display that has a HD resolution of 1280 x 720 pixels. Processing on the device comes in the form of a 1.2GHz quad core processor and it also features 1.5GB of RAM.

The LG AKA comes with 16GB of built in storage and there is a microSD card slot for extra storage, there are also front and rear facing cameras. On the front of the handset is a 2.1 megapixel camera for video calls and on the back there is an 8 megapixel camera.

The handset also features a 2610 mAh battery and a range of connectivity options with include 4G LTE, WiFi, Bluetooth and NFC, the device comes with Android 4.4 KitKat and is available with a range of different colored case options.

It was previously thought that the LG AKA would only be available in South Korea, although as LG are now launching it in Taiwan it may also be headed to other countries in the future.