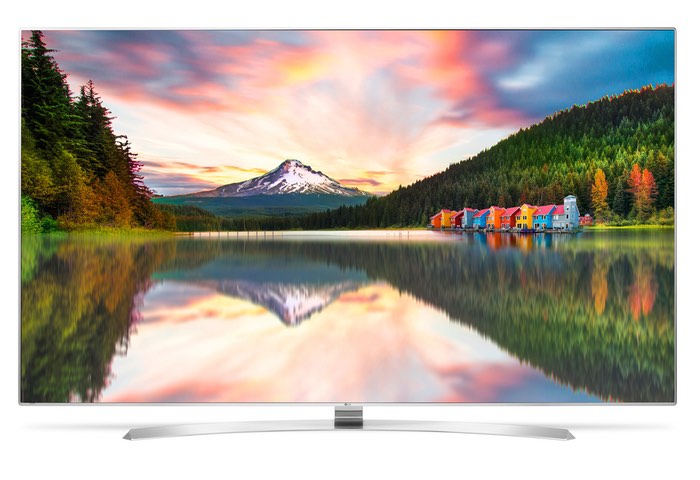 With CES 2016 starting later this week on January 6th 2016, LG reveals their CES 2016 new TV line-up will include the first production-ready 98 inch LG 8K SUPER UHD TV, that will start shipping in the second half of 2016.

As well as the 8K UH9800 TV LG will also be unveiling a wide range of other TV in the 4k Ultra HD market although the 98 inch 8K TV is expected to draw crowds and as yet has not been priced by LG.

We’re confident our newest HDR-enabled SUPER UHD TVs in 2016 will generate much excitement not in the industry, but also with consumers in general. We are the only company with a dual strategy focused on both OLED and IPS TV technologies and this is proof that we are not prioritizing one display over the other.

LG’s SUPER UHD TVs with HDR will be on display in Central Hall Booth #8204 from January 6-9 in the Las Vegas Convention Center, LG explains more about other models you can expect to see :

Both LG’s top-of-the-line UH9500 and UH9550 units boast the most advanced IPS display in the industry with innovations such as True Black Panel and Contrast Maximizer. True Black Panel is a proprietary technology that minimizes reflections and enhances contrast ratio for a more comfortable viewing experience while Contrast Maximizer delivers more depth and contrast by separating objects from their backgrounds.

HDR Plus is the technology that enables the UH9500 and UH9550 to show 4K HDR content as they were meant to be seen. What’s more, LG’s ULTRA Luminance technology greatly enhances contrast between dark and bright areas, greatly enhancing the HDR effect. And with HDR-compatible HDMI ports and an SDR-to-HDR conversation engine, viewers can enjoy near-HDR content from any standard source.