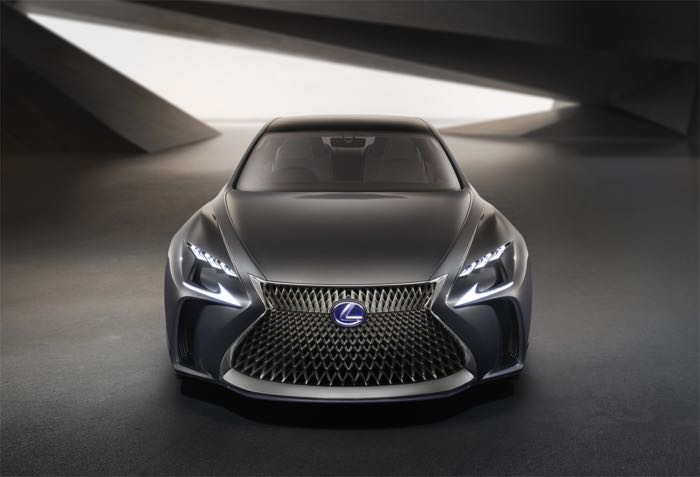 Lexus is the latest company to announce a new concept car at this weeks Tokyo Motor Show, the new Lexus LF-FC Concept.

This new concept car features a hydrogen fuel cell power system that drives the rear wheels, there are also two in wheel motors at the front of the car, this gives the car all wheel drive. 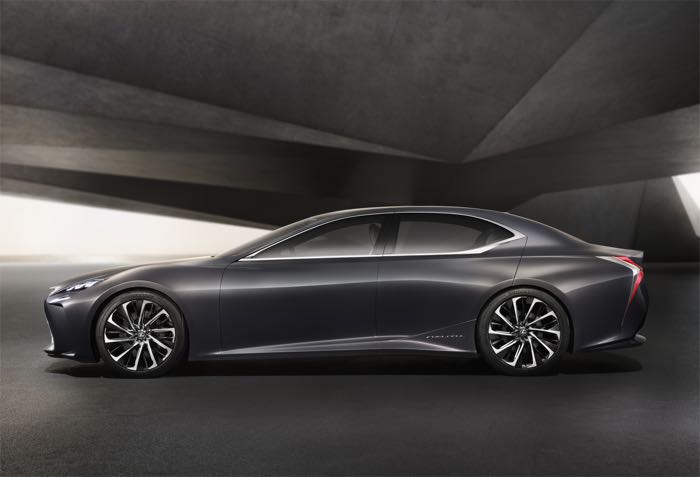 The LF-FC features a fresh new styling theme that embodies Lexus’ “L-finesse” design philosophy. From every angle, the sedan is aggressively elegant, exuding the spirit of a grand touring vehicle.  An evolved version of Lexus’ signature grille with a new mesh design dominates the front, while floating “L-shaped” daytime running lights (DRL) extrude flawlessly from the front fenders. The rear is highlighted by striking new taillights that adopt the same floating theme as the DRL. When seen from its profile, the LF-FC’s true character is revealed. The roofline flows from front to rear in the manner of a “4-door coupe,” suggesting that this vehicle isn’t just meant for straight highways, but to also be enjoyed on twisty roads. The sporty 21-inch aluminum wheels with carbon fiber reinforced plastic (CFRP) rims, add an extra dose of flair to what is already a dynamically styled machine.

The Lexus LF-FC Concept also comes with automated driving technology, this includes traffic environment recognition and prediction. You can find out more details about this new concept car from Lexus at the link below.