Before the good stuff comes pouring forth, here’s a minor activity to tease the brain: Try guessing the name of the guy who invented the Levytator. The answer is pretty obvious, but let it remain a mystery for now. Seen below is what amounts to an innovation in the movable staircase species. Detailed explanation and a nice video after the jump. 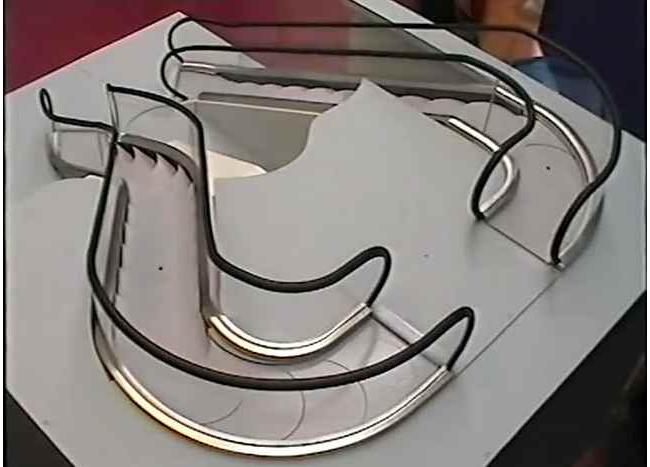 Okay, so the Levytator is basically a series of interconnected circular modules that twirls round and round like a bicycle chain. This is just a loose comparison for mental imaging’s sake.

Developed in the City University of London, the Levytator’s departure form traditional escalator design is seen as a boon for engineers and architects. Because of it’s shape, the movable staircase can assume different structures, sexier if you will. If the hype is believed, it’s also energy efficient.

Here’s the video promised. It best illustrates how useful the Levytator is supposed to be.