Anyone who finds themselves generating a mass of waste paper from brainstorming sessions, note taking, sketching or even just doodling. Might be interested in a new style notebook called the Letterform which takes the form of a dry erase spiral bound notebook.

The Letterform allows you to write as much as you like and then easily erase your copy and sketches to allow you to use the same sheet over and over again, without ever seeing your previous notes ghosting through underneath. Watch the video after the jump to learn more about the new Letterform notebooks. 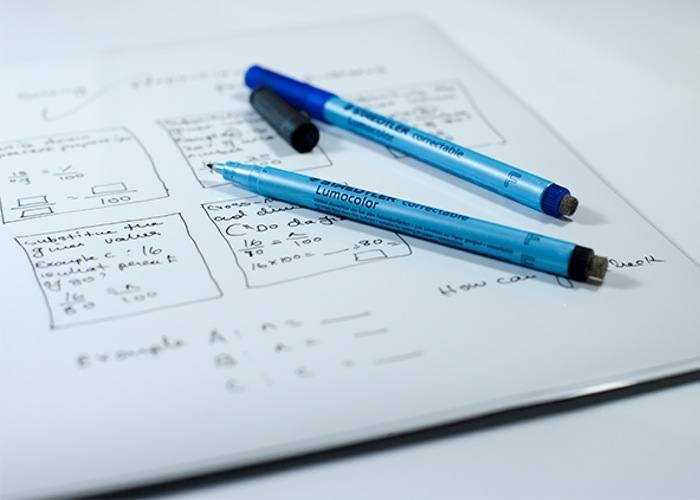 “Imagine the day when whiteboards are conveniently found at every child’s desk instead of on the walls. Where they can use them to discover their emotions in full color and then wipe them down without any ghost effects.

It may be a simple math problem or a great product idea you are trying to solve, with a simplistic and an easy to erase medium like letterforms you are always encouraged to make mistakes which is a key in solving problems. If you’re not prepared to be wrong, you’ll never come up with anything original.

Everyone loves doodling and with letterforms medium, just with a single spray of water it is brand new again for your next doodle. It’s portable so you can carry anywhere, anytime.”

The Letterform notebook has this week launched on the Kickstarter crowd funding website following the footsteps of another recently launched a dry white board style notebook called the Wipebook, which we also featured here on Geeky Gadgets. so if you think you will note taking could benefit from one of these new style dry wipe notepads jump over to the Kickstarter website now to make a pledge.