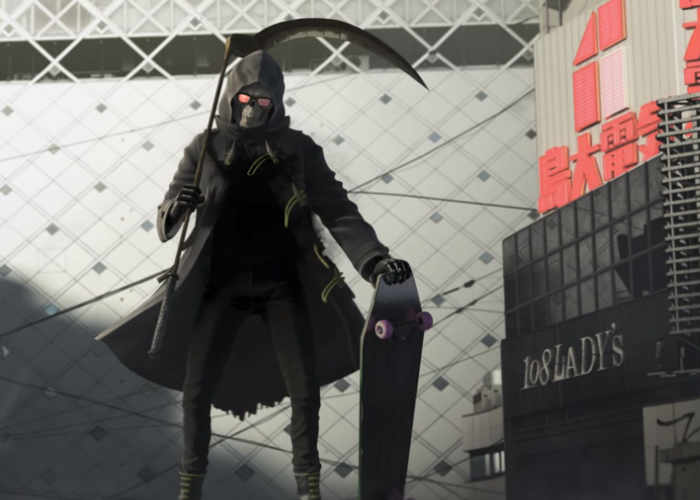 Gamers looking forward to the launch of the new Let It Die game being developed by Grasshopper Manufacture and created exclusively for the PlayStation 4, will be pleased to know that another discussion has been released revealing a little more of what you can expect from this free to play hack-and-slash game for the PS4.

The PlayStation 4 game will also have a companion app and be playable on smartphones, and both are expected to be launched before the end of the year.

Check out the video below to learn more about what you can expect from Let It Die the “extreme action game”. Antonio Cara from GungHo Online explains more :

Once you’ve familiarized yourself with the Tower of Barbs and had a good chance to die a few dozen times, you may start to notice the world around you changing just a little. And in a very literal way, you may become your own worst enemy!

Haterfication occurs on death and it’s the process by which a player’s death data becomes an incredibly deadly AI opponent. These “Haters” can be seen roaming the world with noticeable gamer tags. This should act as both a warning sign to avoid a deadly encounter as well as a beacon of hope for exclusive, useful loot! If you can defeat a Hater, the process can be rewarding indeed. Haters generated by other players can provide exclusive items; whereas, defeating your own Hater allows you to return it to your storage freezer as a usable Fighter character.

Haters provide an exciting challenge and helpful opportunity for resources, but they are just one element of the unique, asynchronous multiplayer experience waiting for players in Let It Die.

After progressing through the first few floors of the Tower of Barbs, players gain access to the insanely creepy robotic NPC, Tetsuo. This clunky, shuffling monstrosity offers players the chance to sign up for a team and start raiding enemy Waiting Rooms. During a raid, you can steal enemy resources (Kill Coins and SPLithium) and accrue points for your team by defeating enemy Fighters.