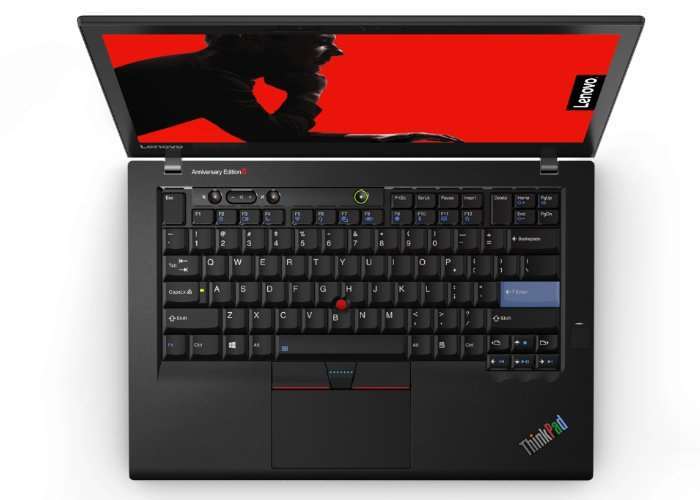 After specifications were previously leaked before any official launch of the new ThinkPad Anniversary Edition 25, Lenovo has today officially launched the new laptop celebrating 25 years since the first ThinkPad was made available.

The Lenovo ThinkPad Anniversary Edition 25 is powered by an Intel Core i7-7500U processor supported by discrete NVIDIA GeForce 940MX graphics and is equipped with a 14-inch full HD display with touchscreen technology.

Designed by Richard Sapper and engineered in the Yamato Labs in Japan, the original ThinkPad 700C was announced 25 years ago on October 5th 1992 and has since then enjoyed over 130 million unit sales. David Hill, former Chief Design Officer, Lenovo explains :

ThinkPad design creates a powerful and synergistic relationship between form and function. It balances sophisticated aesthetics, thoughtfully crafted user experiences and renowned engineering in order to deliver superior products. 25 years after the introduction of the original 700C, the latest X1 Carbon is immediately recognizable as a ThinkPad.

The ThinkPad Anniversary Edition 25  limited quantities area now available in select countries priced at $1,899 from Lenovo.com and from business partners.

As technology has advanced with exponential speed, the designers and engineers behind ThinkPad have remained purpose-driven in their quest to continually reimagine mobile computing while preserving the original concept. From the ThinkPad 701C with the “butterfly” keyboard to the 2-in-1 convertible X1 Yoga with “rise and fall” keyboard, the relentless quest for perfection has made ThinkPad the number one business laptop of all time. Over the next twenty-five years, ThinkPad will continue to develop, innovate and deliver the technologies of tomorrow. Arimasa Naitoh, former head of the Yamato Labs and affectionately known as the father of ThinkPad, firmly believes that the future is in safe hands.