Lenovo has officially unveiled its first Windows 8 tablet, the Lenovo ThinkPad 2 which will launch in October, it features a 10 inch touchscreen IPS display with a resolution of 1,366 x 768 pixels.

The Lenovo ThinkPad 2 is powered by an Intel Atom processor and it comes with a battery which will give you up to 10 hours of usage, the new Windows 8 tablet also features dual cameras. 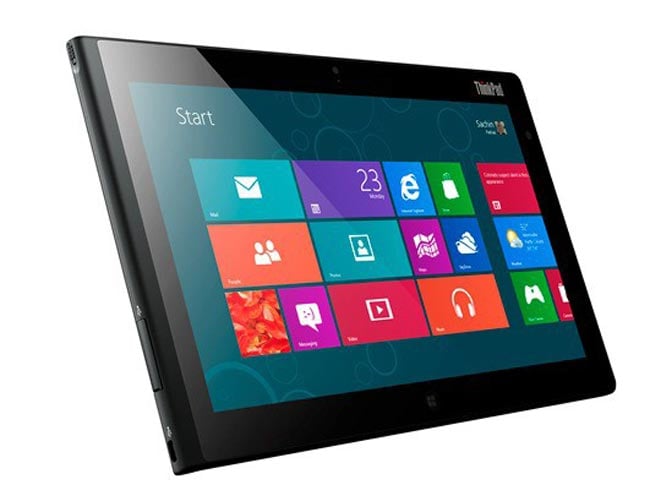 The Lenovo ThinkPad 2 will also come with optional 3G and 4G, and it features a microHDMI out port so you can hook it up to your HDTV or an external monitor.

Lenovo have said that the ThinkPad 2 will go on sale in October, we presume at the same time as Microsoft launches Windows 8 on the 26th of October, as yet there are no details on pricing.