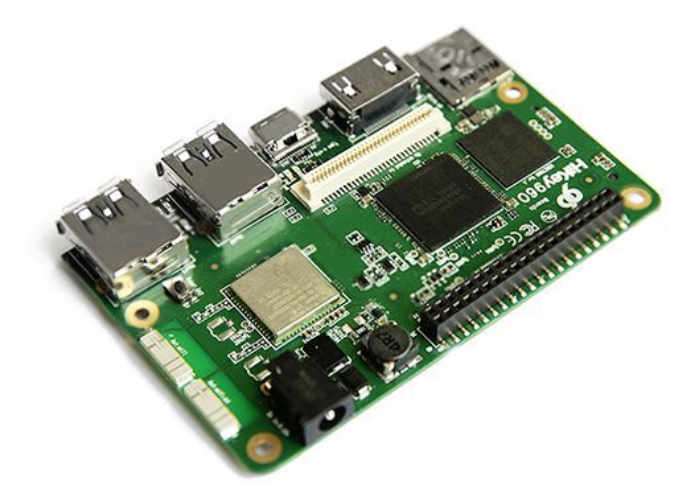 Those of you that are already accustomed to developing for Android smartphones may be interested in a new development board which look similar to the Raspberry Pi but is equipped with the same processor as the Huawei Mate 9 smartphone.

The Android development board is more reminiscent of a mini PC rather than a smartphone and is priced at $240 and has been created for android developers that would like to develop, build and test applications on a responsive ARM-based system. 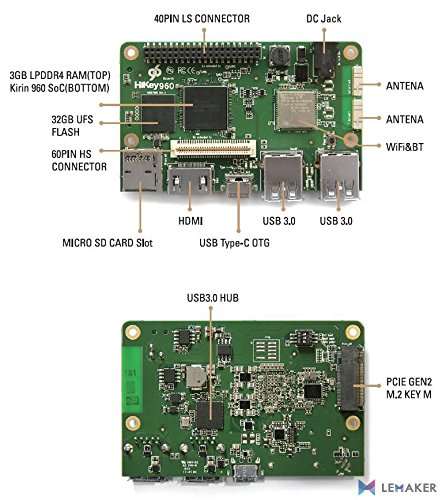 The LeMaker HiKey 960 board is Powered by a Kirin 960 octa-core chip with 4 ARM Cortex-A73 CPU cores, 4 ARM Cortex-A53 CPU cores and supported by Mali-G71 MP8 graphics with 3GB of LPDDR4 memory.

• HiKey 960 Single Board Computer is the most powerful ARM®-based single board computer utilizing the latest Kirin 960 System-on-Chip. Playing a central role in successful Android phones such as the Huawei Mate 9 and Porsche Design models, the Kirin 960 incorporates the latest core architectural technologies from ARM like the new Cortex-A73 CPU and the Mali G71 GPU.
• Excellent performance and power efficiency enables developers to explore a realm of new applications in virtual reality, computer vision, machine learning, and artificial intelligence using a validated, compact, and cost efficient platform package.
• Built on top of industry computing standards such as Google’s Android Open Source Project, Khronos OpenCL 2.0, and Vulkan APIs. Make innovation easy and prototype the next generation of applications with this board today!
• Get going quickly with the latest software APIs while running on validated inter-operable hardware.