We have seen a a few of Leica’s limited edition cameras before on Geeky Gadgets, the latest one is being launched to celebrate the 60th anniversary of the People’s Republic of China, the Leica MP Golden Camera Limited Edition.

The Leica MP Golden Camera Limited Edition will only be available in China, and the limited edition will with each camera numbered from 1949 to 2009. 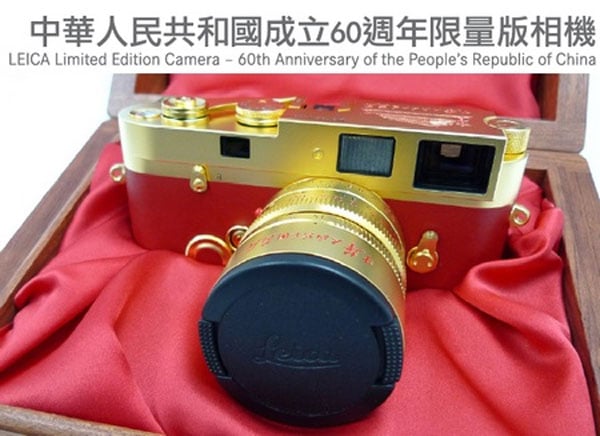 The Leica MP Golden Camera Limited Edition is coated in 24k gold, and the body is covered on Red Box Calf leather, and it will come in a luxury wood box.

It comes with a Leica Summilux-M 50mm f/1.4 gold lens, if you want one they are going to cost you about $29,284, although they will only be sold in China.