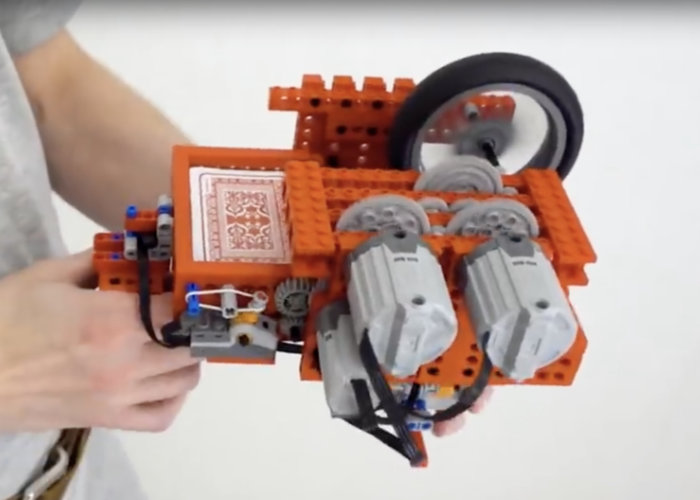 The LEGO playing card shooter has been published to the “Brick Experiment Channel” YouTube channel which is available via the link below. The channel has a variety of creations including a 100 wheel LEGO vehicle LEGO powered submarine and even a paper shredding system using LEGO gears.  the channel specialises in “nerdy experiments with Technic LEGO bricks”

For more information on the Technic LEGO bricks jump over to the official LEGO website. “LEGO Technic provides a challenge for experienced LEGO builders. Your child can build advanced, real-life functions like gearboxes and steering systems.”