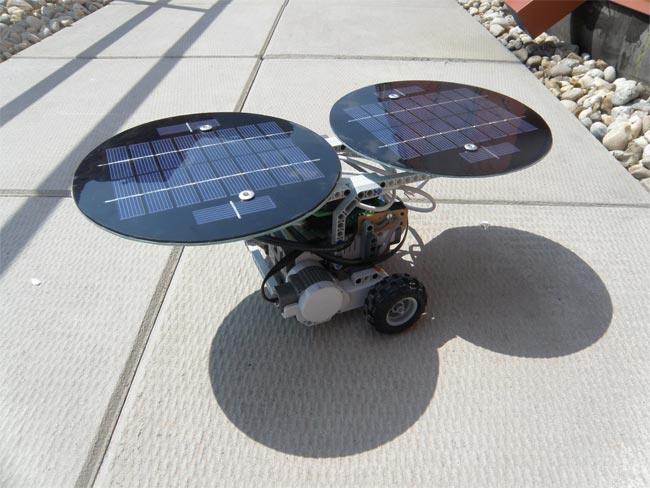 If you want one, the dSolar add on for Lego Mindstorms is available for $90 from Dexter Industries.