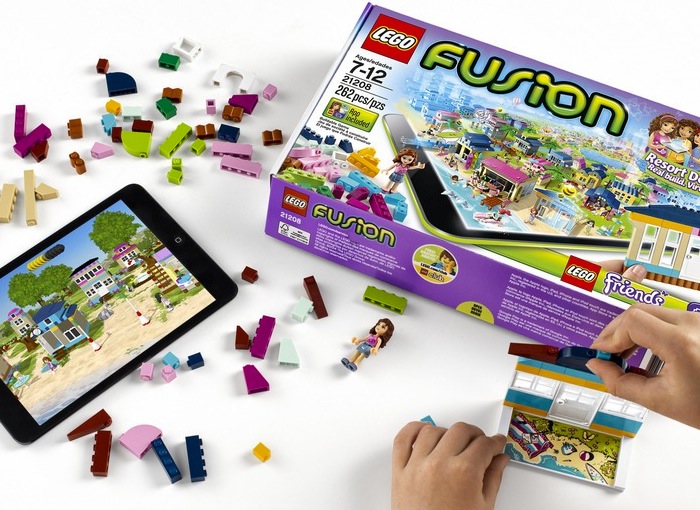 Lego has this week unveiled a new range of Lego it has created called Lego Fusion which has been designed to combine both physical and digital game play together using tablet and smartphone applications.

The new Lego Fusion box sets have been designed by Lego to encourage children to continue building beyond the initial steps included in the Lego Fusion kits which have been created for children 7 and upwards.

A Lego Fusion kit costs around $35 and consists of 200 bricks together with a special capture brick building plate that is used to connect your kit to the corresponding companion application. Ditte Bruun Pedersen, a senior design manager of the Lego Lab explains :

“To them, it’s not two separate worlds. It’s one world that blends together. It’s all just play.”- “For most kids, if you simply give them a pile of bricks and tell them to build something, they go blank,”-“The games are used to facilitate creativity,”

Engadget who has had a hands on with the new Lego Fusion kits explains a little more :

“To play the Town Master game, for example, you would build a two-dimensional facade on the base plate, say the front of a house with a door, two windows and a roof (buildings can be up to 16 bricks high and 16 bricks wide).

You’d then launch the app’s camera function to focus on the printed pattern, which is used as an identification tag. This essentially lets the app figure out exactly the size and colors of the Lego bricks you’ve built on the plate, enabling it to import and translate that physical creation into the digital realm.” 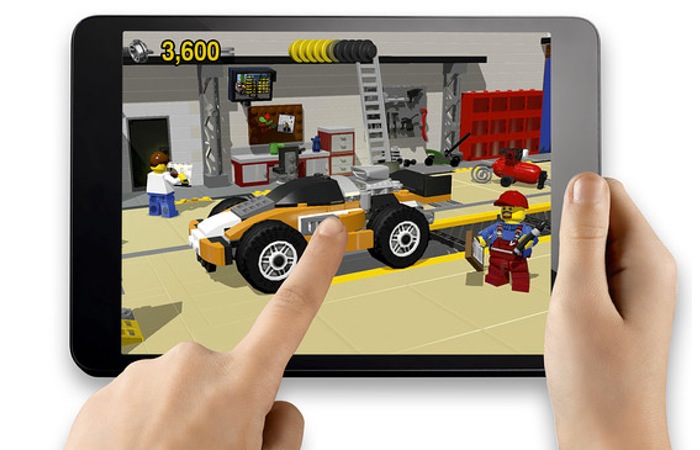 Lego Fusion sets cost $34.99 and will be available at Toys R Us, Lego stores and Legoland throughout the US and online. The Town Master, Battle Towers and Create & Race Lego Fusion kits will be officially launching in August and the Resort Designer during September. For more information on the new Lego Fusion kits jump over to the Lego website for details.

In this simulation game, players create and rule their own LEGO town, first by building it with LEGO bricks, then by capturing it and importing it to the game. Players build everything from houses to a pizzeria, fire station and bike shop while completing errands and missions like catching robbers, fighting fires and skateboarding. To keep the minifigure citizens happy, players solve problems through physical building and earn points to gain access to more structures, and even run additional towns.

Players build a tower and defend it against attack so they can rule the kingdom. First, players design the Battle Towers with real LEGO pieces, then capture them and import them to the game. Next, players choose tower defenders like wizards and archers and battle against evil warriors, skeleton armies, and more. If a tower is damaged in battle, players can repair the damage with a timed build with the game’s real LEGO bricks.

In this racing game, players get behind the wheel and virtually drive the cars that they create with real LEGO bricks. Once a custom vehicle is digitally designed, physically built, and imported to the game, it can be optimized for success in racing, demolition or stunts. Players learn that every brick shape and color on the vehicle matters for performance. Three themed courses offer endless challenges unlocked by physical LEGO builds, and players can even ghost race against friends to top the leaderboard.

Players help the LEGO Friends design new vacation houses, shops and activities for Ambersands Beach. After building 2-D facades, capturing them and importing them to the game, players can design the interiors of 3-D digital structures, such as an aquarium, surf shop and beach houses. Players can unlock new levels and build more resorts by completing missions like rescuing dolphins, riding horses, surfing and other resort activities.