Lego has run a competition over on its Lego Cuusoo website that allowed Lego builders to submit their own creations and if those creations clocked up more than 10,000 votes, then the creation is considered as the next Cussoo project and could make it into production as the next set.

The last Lego Cuusoo competition had three likely candidates in the form of a Star Wars Sandcrawler, Mars Curiosity and Thinking with Portals project. 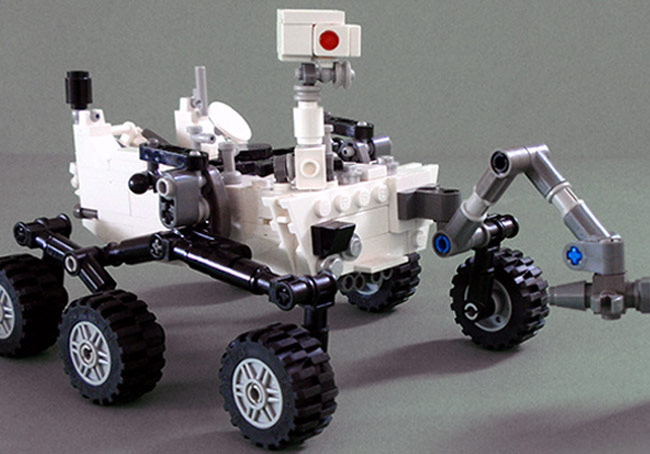 This project rose to popularity in late summer 2012, when the real Mars Curiosity Rover approached and landed on the planet Mars in its historic mission. The model designer, LEGO CUUSOO user Perijove is a Mechanical Engineer who worked on the actual Curiosity rover at NASA’s Jet Propulsion Laboratory. Perijove writes that he built and submitted the rover to further the educational outreach of the Mars Curiosity rover’s incredible mission, and to encourage greater public support for space exploration.”