Lego has unveiled a a new range of packaging that uses augmented reality to show you exactly what the Lego kit will look like once it has been built even before the box has been opened.

In the example of the Lego Fire Station packaging in the video after the jump, once a web camera is directed on the packaging you can then see the kit in all its glory animated with the fire truck even driving in and out of the station. Watch it in action after the jump. 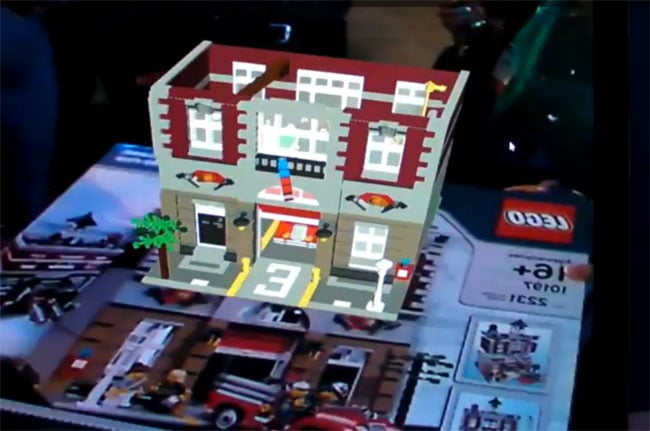 The simply augmented reality application recognises patterns on the boxes and then reveals the correct 3D animation,  which appears to actually float on top of the packaging when viewed on the display.