Valve have announced today that the new downloadable add-on pack for Left 4 Dead and Left 4 Dead 2 called The Sacrifice will be available to download on both the Xbox 360 and PC on October 5th. 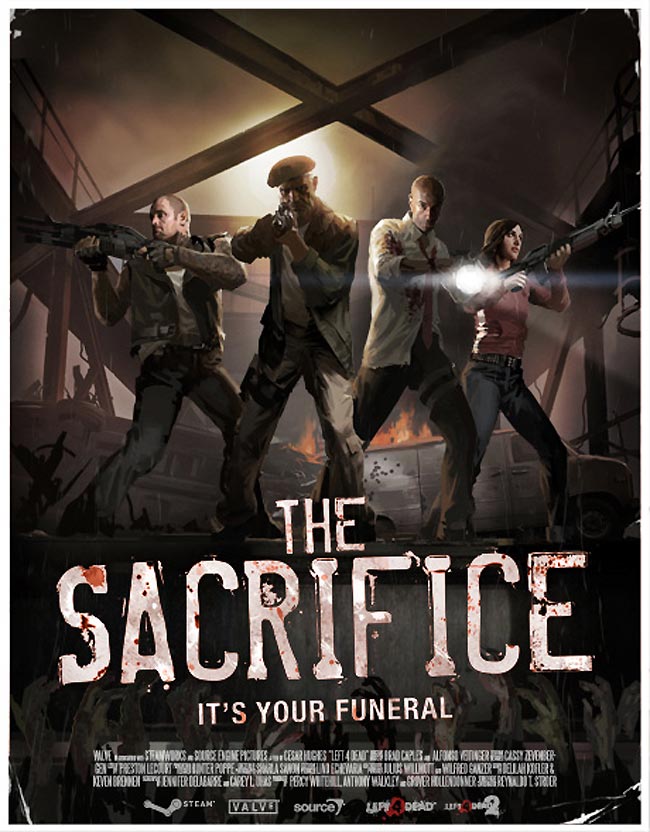 “The Sacrifice” forces players to make a decision on which survivor will be killed at the end and takes places from the perspective of the survivors from Left 4 Dead.