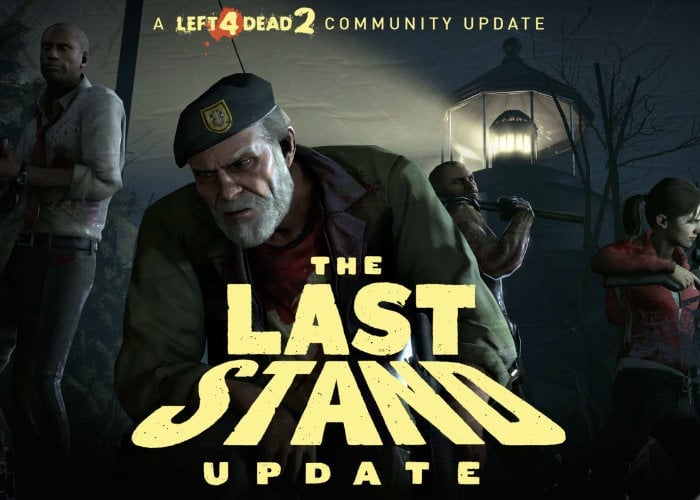 New content for the Left 4 Dead 2 classic zombie shooter developed by Valve has been released today thanks to the games community who have created a new content pack aptly named The Last Stand. The new Left 4 Dead 2 content is available to download for free from today and includes new achievements, weapons and dialog, as well as “twenty new Survival Arenas, four Scavenge Arenas and a Campaign based on The Lighthouse Survival map.”

“Years in the making, The Last Stand is a massive Left 4 Dead 2 update created entirely by the L4D community. Find your friends, dust off your guns, and face the zombie horde one last time in over twenty new Survival Arenas, four Scavenge Arenas and a Campaign based on The Lighthouse Survival map. New achievements, melee weapons, animations, dialog, competitive balance adjustments and other surprises await anyone brave enough to take a stand.”

“The Last Stand is a brand new campaign based on the original Survival map—it’s no longer impossible to escape. But it won’t be easy. Originally a no-win death trap, the lighthouse now offers a path to salvation. Unfortunately, it’s directly through hordes of bloodthirsty infected.”

For more information on everything you can expect to enjoy in the new Left 4 Dead 2 The Last Stand expansion jump over to the official community website by following the link below. Other new features in The Stand Last include: