If you are a Portal 2 fan and enjoy playing Left 4 Dead 2 get ready to see the most amazing Easter Egg built within a new Left 4 Dead 2 map called Suicide Blitz 2. Easter Eggs within games are not not new but most are normally small references to a developers or upgrades to weapons and secret areas such as in Black Ops : Call Of The Dead Easter Eggs.

However the Portal 2 Easter Egg within the Suicide Blitz 2 is absolutely massive and is practically a full Portal 2 game with speed gel and the works. Watch the video of the new level after the jump. 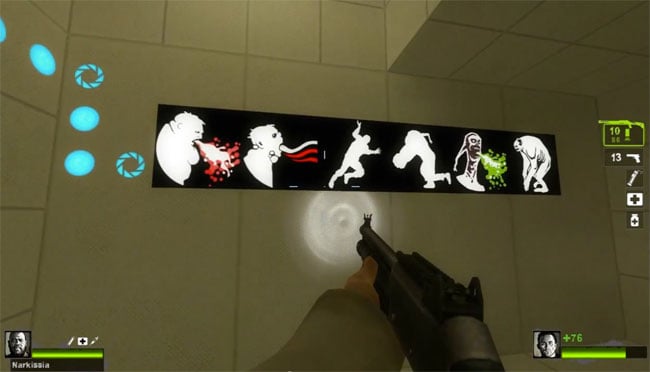 You can download the new Suicide Biltz 2 map from here. Enjoy! But note is you are loading up the map it currently needs to run on a local server due a few issues with some official dedicated servers which are currently being fixed and will be released as a map patch soon.