Most of the Android smartphones out there have a microSD card slot for storage expansion. If you have multiple memory cards, having to open up your device and swap them out frequently can be annoying. A company called Leef has announced a new device that adds an external microSD card reader to the mix. 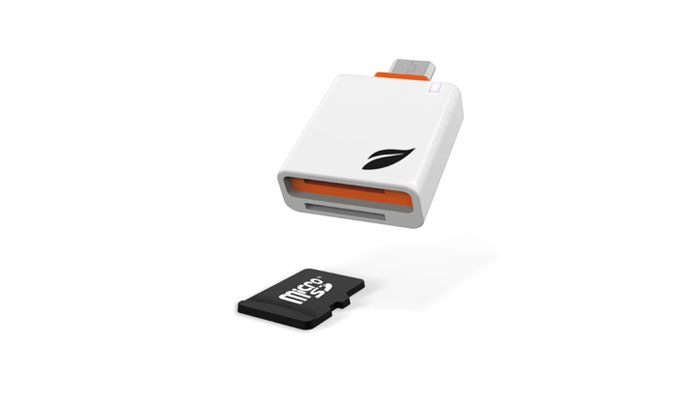 Leef is the same company that unveiled the Leef Bridge last year. The Access device has a long microUSB neck on the card reader that lets users plug into their device’s microUSB port without removing the smartphone from the case. Once connected you can move data using the reader’s memory card.

“My phone is my computer. We all are doing more and more on phones and less on computers so a microSD reader for Android is a simple way to quickly move data,” said Mark Schulte, Lead Design Engineer at Leef. “As the data revolution leads more and more people away from computers, we recognize a need to make it easy and convenient for people to share data between mobile devices.”