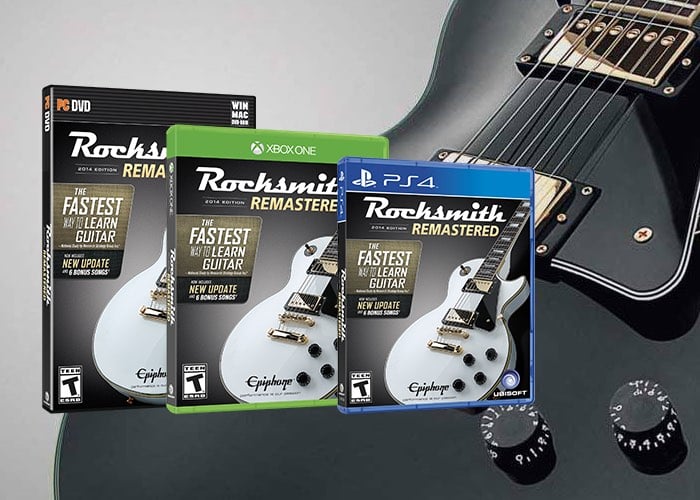 If you are thinking of learning to play the guitar you may be interested to know that the remastered Rocksmith 2014 Edition has today launched and is now available for the Xbox One, PlayStation 4 and PC.

Everybody learns at their own pace, so Remastered lets you adjust how quickly Rocksmith’s Dynamic Difficulty shifts. Need a few more runs before you really feel you have it under your fingers? Simply ease off on the controls and the game gives you the time you need. Likewise, if you’re the type of player who feels like you’re ready to move forward a little faster, you can accelerate the pace, too.

Rocksmith 2014 Remastered tracks a wide variety of game statistics, which will give you better insight to your progress and can suggest where you should focus your efforts next. Dig into data on playing time and frequency, the techniques you’ve mastered, song preferences, Guitarcade and Score Attack highlights, and more. You might be surprised at what you learn about your playing!

Rocksmith is faster than ever with a free downloadable update for Rocksmith 2014 Edition coming October 4th, 2016. New retail versions will hit shelves at the same time which will include access to the free update as well as 6 bonus downloadable songs included for free for new players.

For more information on the new Rocksmith 2014 Edition – Remastered jump over to the official website for details by following the link below.