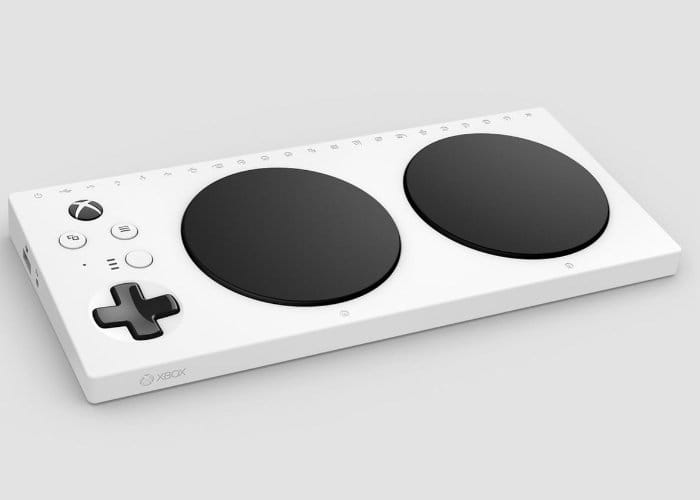 Twitter user WalkingCat has this week leaked the first images of a new Microsoft Xbox controller specifically designed for accessibility. As you can see from the image above the new Xbox controller includes two oversized A and B pads, a d-pad, and the usual Xbox button and navigation controls.The new Xbox accessibility controller is expected to be officially unveiled during next month’s E3 2018 games conference.

The controller is currently codenamed Project Z and appears to have programmable A and B pads, together with a three-light LED indicator that was first included on a second-generation Xbox One Elite controller leak. The accessibility controller is also included with an Xbox headphone jack and USB port. Together with a variety of other connections and inputs to enable the controller to be used by other applications. The Windows Central website writes:

“While we don’t have many details about how it works exactly, you can see in the image how it has grooved impressions at the top which represent all of the Xbox controller’s different functions, which would help users who favor touch over sight to program different buttons, and two large “A” and “B” buttons which are presumably programmable. It also features a 3 light LED similar to the previously leaked Xbox Elite V2 controller, which could be to indicate when different programmed modes are active”

Expect more details to be announced during Microsoft’s E3 2018 keynote which takes place next month on June 10th 2018. As soon as we hear any more details regards pricing and availability we will keep you up to speed as always.