We’ve heard several times in the past that Samsung is working on Tizen operating system, and may launch a handset very soon, possibly demo it at the Mobile World Congress next month.

A new image has surfaced from Korean shores, thanks to a Korean publication dubbed as MovePlayer, which shows the alleged Tizen-based handset from Samsung known as Samsung ZEQ 9000. 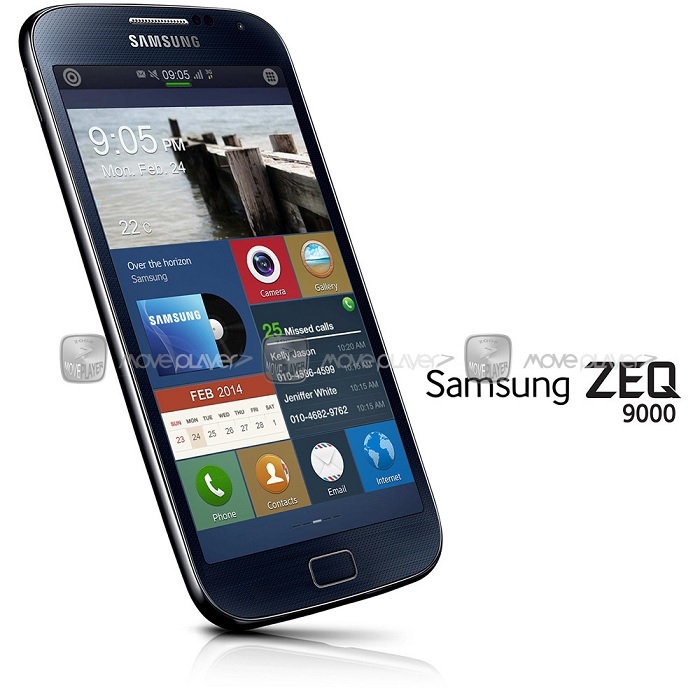 The information about what the alleged Tizen-based Samsung ZEQ 900 could bring at the table are scarce. According to this rumor, the handset will rock a 4.8-inch HD display sporting a resolution of 1280 x 720 pixels and a quad-core Snapdragon 800 chipset with a clock speed of 2.3GHz.  There’s no word about any other specification of the device, but we’re hoping it will come with at least 2GB of RAM.

Although we can’t be sure if the image is legit or not, but the folks at PhoneArena notes that visual style in the screenshot looks quite similar to some leaked images that surfaced last year. Let’s just take this rumor with a grain of salt, and wait for Samsung to showcase the device, which is expected to happen next month at the MWC 2014.

It’s not just Samsung, ZTE is also rumored to showcase a Tizen-based handset at the big event next month known as ZTE Geek. What do you think about this rumor? Share you thoughts using the comments below.