Yesterday we saw some photos or parts which are reported to be for Apple’s new iPhone, the device is rumored to feature a larger 4 inch display than the existing model.

Now some blueprint have been leaked which are reported to be for Apple’s next generation iPhone, and if these are the real deal then the new iPhone will come with the much rumored larger 4 inch display. 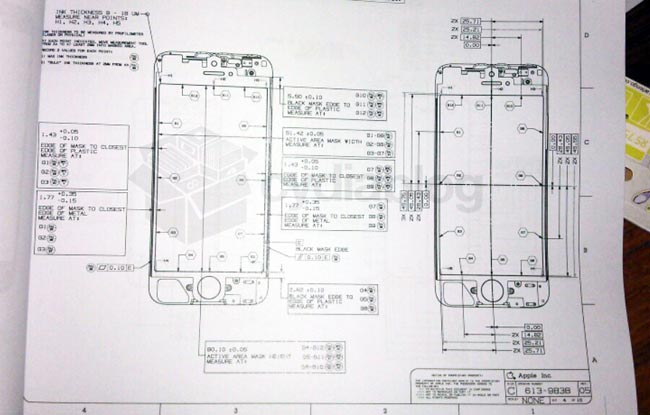 According to the blueprints, the new iPhone will have the Face Time camera in a new position above the speaker grill, and the 4 inch display will feature a 16:9 aspect ratio.