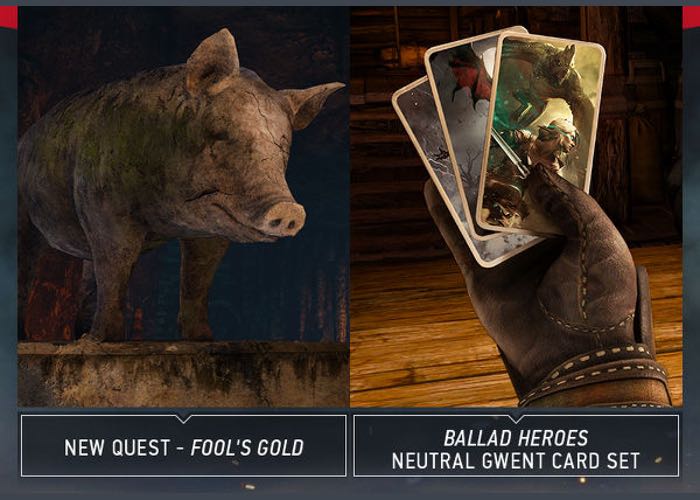 Witcher players can enjoy another free Witcher 3 DLC this week with the launch of a update from CD Projekt Red that adds to the already released DLCs for the game.

Earlier this week CD Projekt Red the developed for the new Witcher 3 Wild Hunt game revealed they had sold more than 4 million copies of the game in just two weeks after launch.
The latest Witcher 3 DLC includes :

– New Quest – ‘Fool’s Gold’: Geralt and a village idiot team up to learn the secret of an abandoned village inhabited entirely by pigs.

Jump over to Steam via the link below for more details.