The latest release of Apple’s new OS X Mountain Lion Developer Preview 3, has revealed that the new operating system will be equipped with a similar automatic app download and install, to that found in the current iOS release. 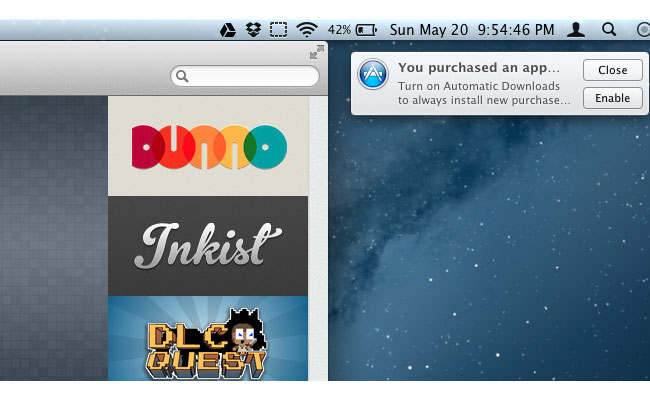 The new feature which is partially installed on the new Mountain Lion Developer Preview 3, will allow all connected Mac system that are logged into your account to download a purchased app.

In a similar way to the how all iOS devices update and install a new purchase, you make on your account from the iTunes App Store. Currently the feature is still disabled, and will not currently install anything but the mechanics all seem to be in place for when OS X Mountain Lion is released later this year.