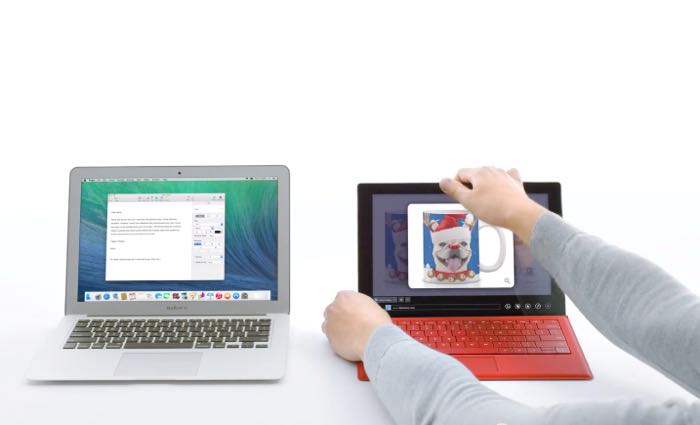 Microsoft is hoping that its new marketing campaign will get consumers to choose their new Surface Pro 3 tablet over Apple’s MacBook Air.

Back in August, Microsoft started featuring the MacBook Air in its Surface Pro 3 adverts, and now the company has released a new video, this one also stars Apple’s MacBook Air.

As we can see from the video, Microsoft is hoping to convince people that their Pro 3 tablet is capable of doing more things than the MacBook Air.

What do you guys think, does Microsoft’s new advert make you want to buy a Surface Pro 3 or a MackBook Air, leave a comment and let us know.

It will be interesting to see how well Microsoft’s campaign does over the holiday season, and whether it will get people to buy the Surface Pro 3 tablet.