With only five more days to go EA have today rolled out their latest glimpse of Battlefield 3 multiplayer gameplay showing some amazing footage from tanks, helicopters, boats and of course on foot. The video show a glimpse of footage from each of the the nine multiplayer maps available. Together with the very first glimpses of the upcoming expansion pack Battlefield 3: Back to Karkand. 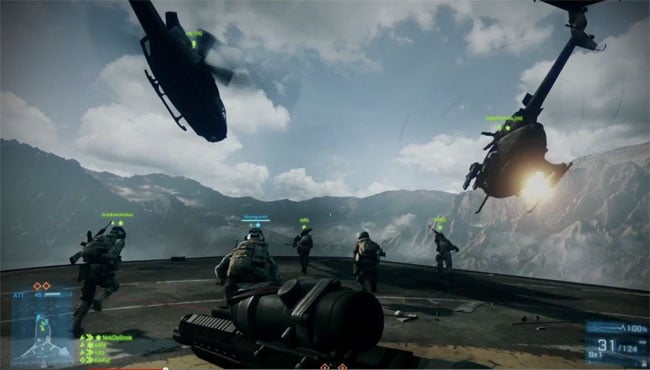