Russian weather satellite Elektro-L No.1, has captured a new photo of our planet Earth from space, which is now currently the worlds largest single photograph of Earth from space.

The new photograph taken by Elektro-L No.1 beats NASA’s “Blue Marble” photo the previous largest image, and was taken as a single image from 22,369 miles away, and is 121 megapixel in size. 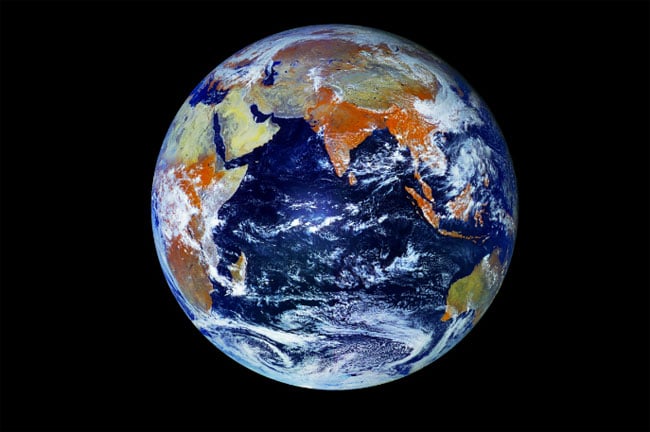 The colours within the image are different to that of NASA’s as the Russian camera on the Elektro-L No.1 weather satellite used a combination of visible and infrared wavelengths of light to capture the Earth. Hence the plants on earth show as a rusty brown rather than a green.

You can see the time lapse video recording of planet earth taken by Elektro-L No.1 and see the full photograph here. Enjoy!