We’ve seen several rumors about the launch of a larger iPad, possibly greater than 12-inch. They will continue to surface until it’s released or Apple make some sort of official announcement about it.

A new rumor suggests that Apple is testing a larger iPad with a gigantic screen size of 12.9-inch at Foxconn and expected to launch as early as March next year. In case you don’t know, Foxconn is the manufacturing partner of Apple. 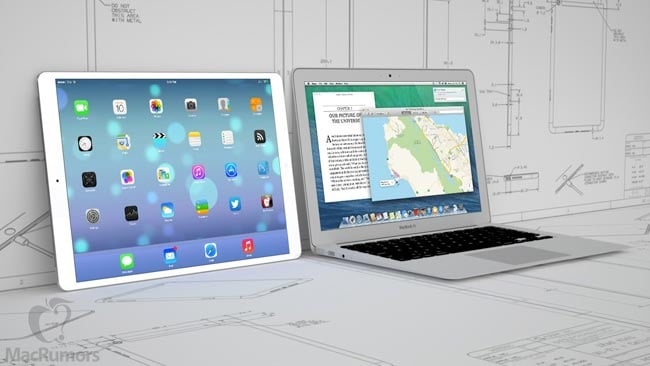 It would be interesting to see how the Cupertino giant will handle it’s marketing. I doubt the I will ever consider buying a tablet that big, but I’m sure that Apple will make its fans buy them and make them feel as if this is the tablet they should buy. As always, a grain of salt is required to digest this rumor as Apple has not released even a single bit of detail about a larger iPad.

Unlike previous models, components and leaked parts started to emerge as the launch date came near, and if the rumored launch date of March 2014 is correct, we should see leaks and rumors popping up all over the internet.

In any case, we’ll keep you updated with all the latest happenings and rumors regarding the larger 12.9-inch iPad. Will you ever consider buying a tablet this big?