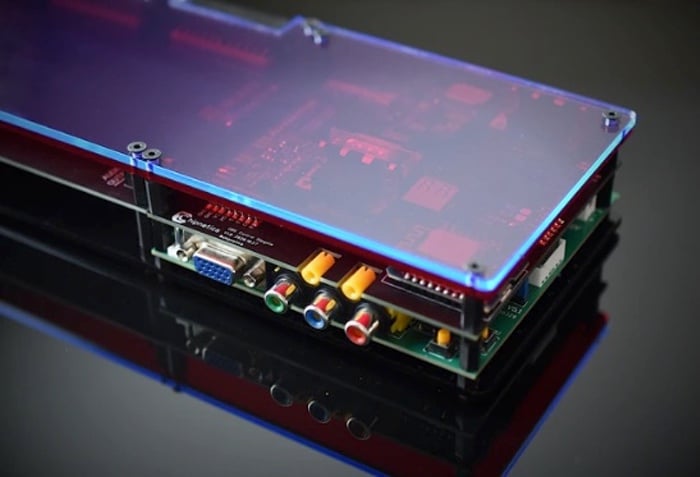 Chipnetics Computing based in St. Albert, Canada has created a new lagless video up-scaling system complete with auto-sensing SCART/DSUB inputs perfect for retro gamers. Launched via Kickstarter the hardware is available with one of two input options (SCART or DSUB/DE-15), and can be decided at the conclusion of the Kickstarter campaign. 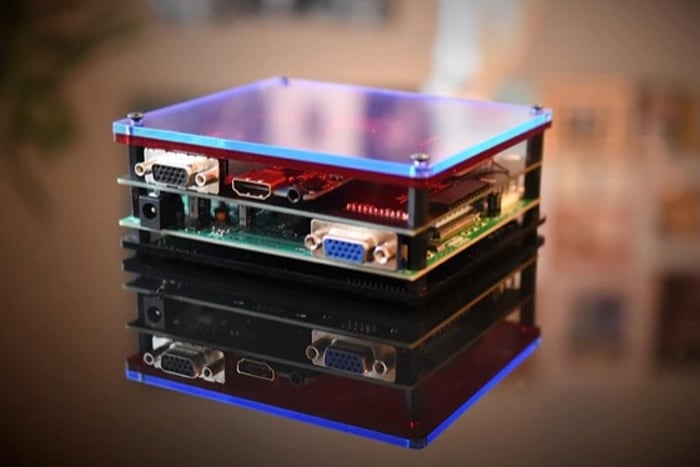 “The new design offers you a highly improved base model “GBS8200 video scaling board” typically used in many retro gaming applications; which are mediocre quality in their original design, but with the proper modifications become one of the industry leading video scalers available, at a fraction of the cost!”

Backer early bird pledges are now available for the unique project from roughly $109 or £81 (depending on current exchange rates). If the GBS Control Slipgate campaign successfully raises its required pledge goal and manufacturing progresses smoothly, worldwide shipping is expected to take place sometime around July 2021. To learn more about the GBS Control Slipgate lagless video upscaling project checkout the promotional video below. 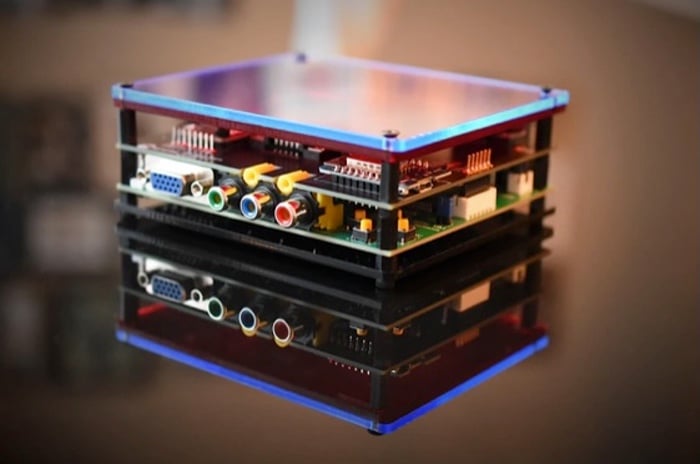 “This modified design is lag-less, perfect for retro-gaming, and gives the added option of 4-port input switching! With options for both SCART and DSUB inputs, users have superior graphics quality & control when compared to the traditional method of video scaling, such as those presented on modern consumer televisions via other cabling methods (such as composite, component, and S-video) which is typically slow, blurry, and inaccurate.”

“The GBS Control Quad Damage detects new signal inputs and automatically switches to the latest video signal when present. However you can manually change inputs via a push button; additionally, you can disable the auto-switching if so desired. “ 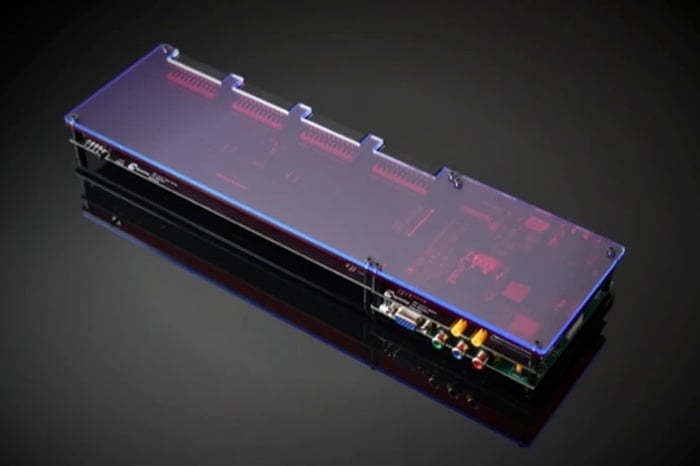 Features of the upscaler include :

– An ESP8266 wireless module (Node D1 Mini), pre-programmed with the source code written by “Rama”, such that all video settings occur through a web-based interface.
– An external clock generator, to replace the base GBS8200 clock generator, for minimization of screen tearing at high resolutions
– A rear-facing DE-15 input (aka D-sub/VGA connector), to use in lieu of the front-facing connector, for better esthetics.
– A recessed DE-15 connector for flush mounting of a VGA to HDMI adapter; again for improved esthetics as this would normally extend few inches from back of unit.
– An integrated Type A USB power connector for the VGA to HDMI adapter, for one less power adapter on your power bar!

For a complete list of all available early bird specials, stretch goals, extra media and more features for the lagless video up-scaling, jump over to the official GBS Control Slipgate crowd funding campaign page by following the link below.