LaCie was on hand during CES 2014 and was showing off its fast and good looking storage solutions. LaCie announced its very fast Little Big Disk Thunderbolt 2 storage solution during the show. While the company offered up many of the performance specs, we didn’t know when it would ship or how much it would cost. 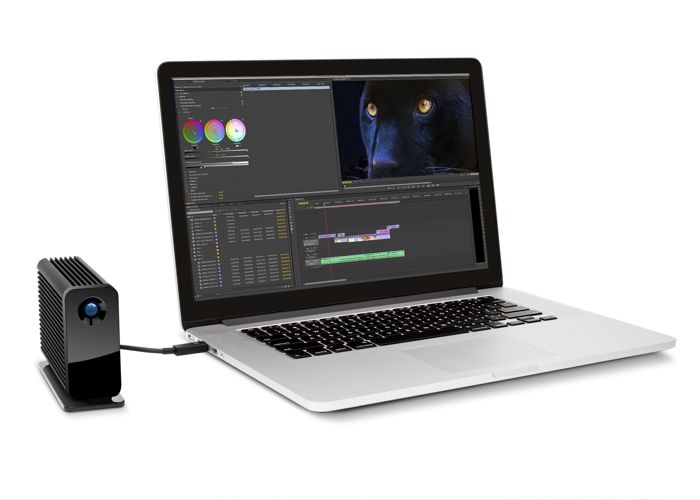 Those two major specifications are now known. The LaCie Little Big disk Thunderbolt 2 drive is available right now. The drive comes in 1TB capacity. That capacity is achieved using a pair of 500GB PCIe Gen 2 SSDs. The storage drive promises speeds of up to 1375 MB/s. The drives can be daisy chained together for even more performance.

When the drives are daisy chained two units can provide speeds up to 2600 MB/s. That is the sort of seed that professional video folks need to move large files to and from the drive. To get that sort of speed the drives do have to be connected a Mac Pro using a Thunderbolt 2 port. The pricing for the drive has been announced too, and they are expensive. Each of the drives sells for $1299.99.