Kyocera has announced the launch of a new Android smartphone, the Kyocera Hydro which is a waterproof Android handset that comes with the latest version of Google’s Android OS, version 4.0 Ice Cream Sandwich.

The Kyocera Hydro is a CDMA device, and the phone can me submerged in water up to one meter deep for up to half an hour, it features a 3.5 inch touchscreen display with a resolution of 480 x 320 pixels. 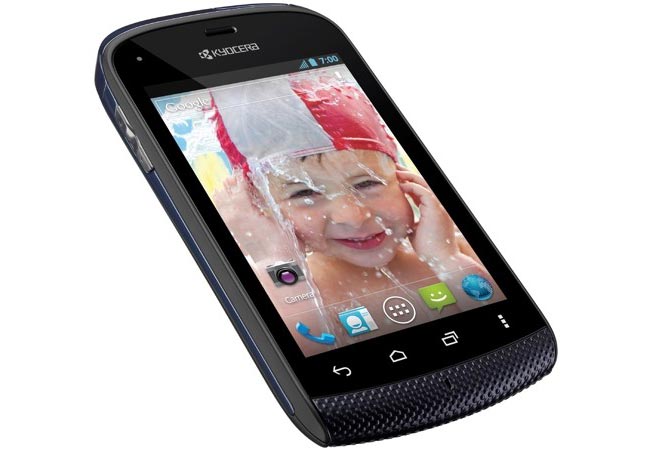 Other specifications on the Kyocera Hydro include a single core Qualcomm Snapdragon processor, 512MB of RAM and 2GB of built in storage, the handset also comes with a microSD card slot that can take up to 32GB cards.

The Kyocera Hydro features a rear facing 3.2 megapixel camera with an led flash, plus Bluetooth 2.1, USB 2.0 and WiFi, it will go on sale in the second half of 2012, there are no details on pricing as yet.