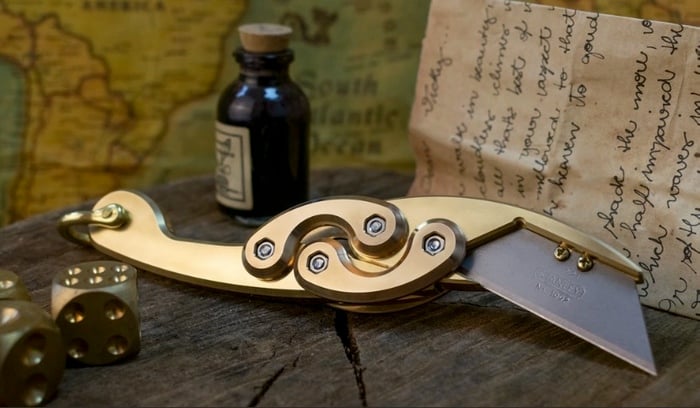 A unique Stanley blade knife has been launched by a kick starter in the form of the Kraken Blade by Oceanus Brass, which is already raised over $140,000 thanks to nearly 3,000 backers still 52 days remaining on its campaign. Machined from a block of solid brass the Kraken Blade has been designed to provide a rugged multipurpose knife inspired by the famous ocean monster. The word Kraken is first found in print, tales about this creature seem to date back to Norway in the twelfth century. Such tales refer to a creature so large that it is mistaken for an island or an archipelago. 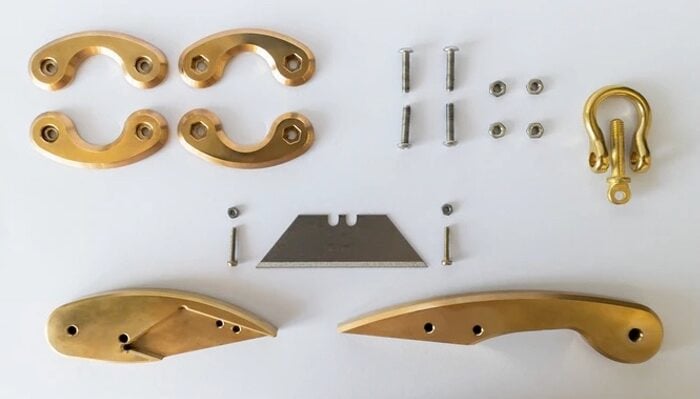 Specially priced early bird pledges are now available for the creative project from roughly $55 or £41 (depending on current exchange rates), offering a considerable discount of approximately 45% off the final retail price, while the Kickstarter crowd funding is under way. If the Kraken Blade campaign successfully raises its required pledge goal and fullfilment progresses smoothly, worldwide shipping is expected to take place sometime around March 2021. To learn more about the Kraken Blade Stanley blade knife project view the promotional video below. 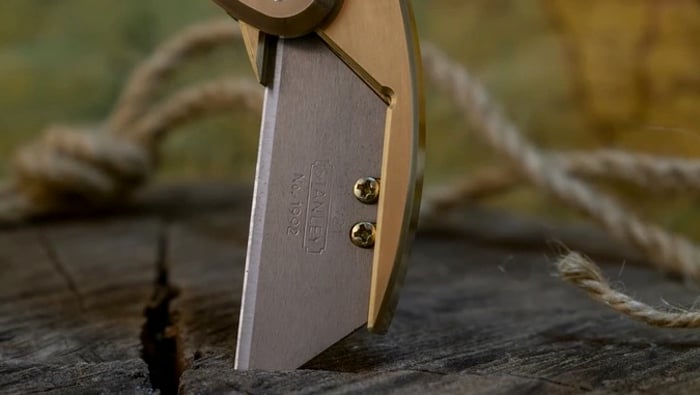 “Designed for serious adventurers. The Oceanus Brass Kraken Blade is sharp, eye-catching, and built to last. We set out to make a timeless cutting instrument that was both rich in history and classic in design. One that you would want to own and take with you on your day’s journey, either on the open ocean or in the great outdoors. The result is a rugged and attractive knife that can be operated with either hand.”

The No. 1992 steel utility blade present in the Kraken Blade is tough and will stay sharp with daily use due to its great edge retention and corrosion-resistant material. Without worrying about getting chipped, dull bent, or broken, you can use it for camping, fishing, sailing, as a work tool, or most EDC tasks. 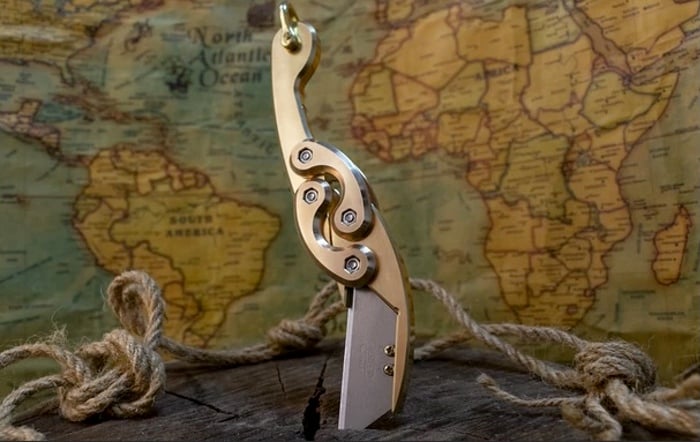 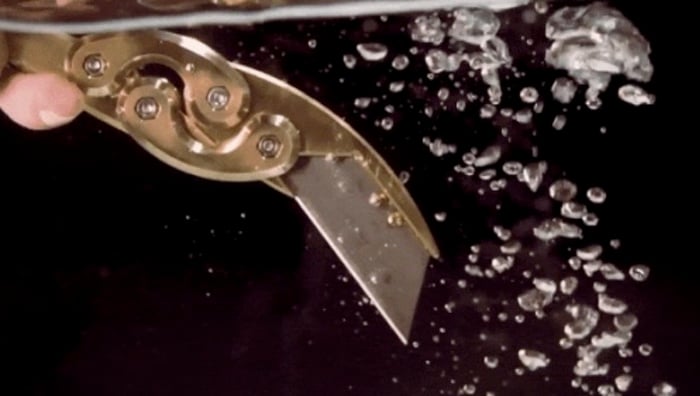 “Envisioned while at sea, conjuring images of beasts that live down in the depths of the ocean, quality, satisfaction, and power come packaged with every blade. Machined from a brick of solid brass, the Kraken Blade will withstand hard use. A rustproof, working knife, ready to go when you need it. No outdoors adventurer should be going about without a trusty cutting tool by his side.” 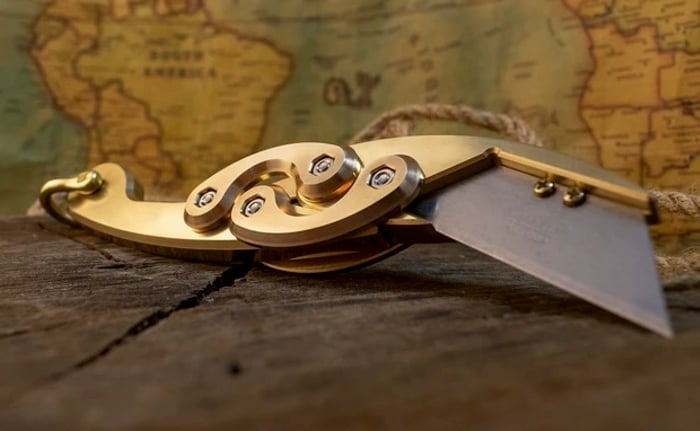 “First-in-class, seamless blade deployments. Keep it magnetically locked, or snap it open for unrestricted action. With a reliable and intuitive mechanism, nothing can get in your way when slicing through your daily tasks.”

For a complete list of all available pledges, stretch goals, extra media and technical specifications for the Stanley blade knife, jump over to the official Kraken Blade crowd funding campaign page by clicking the link below. 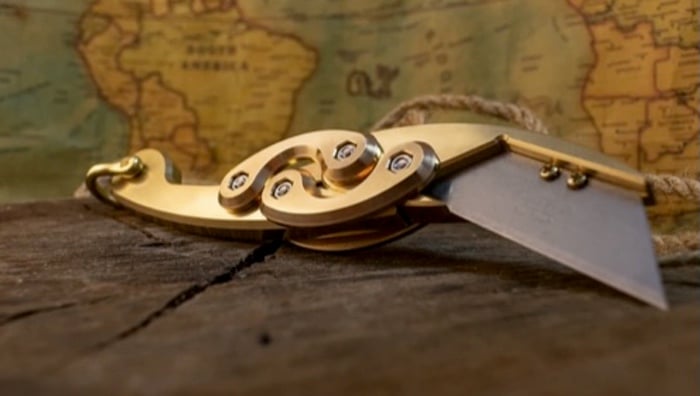