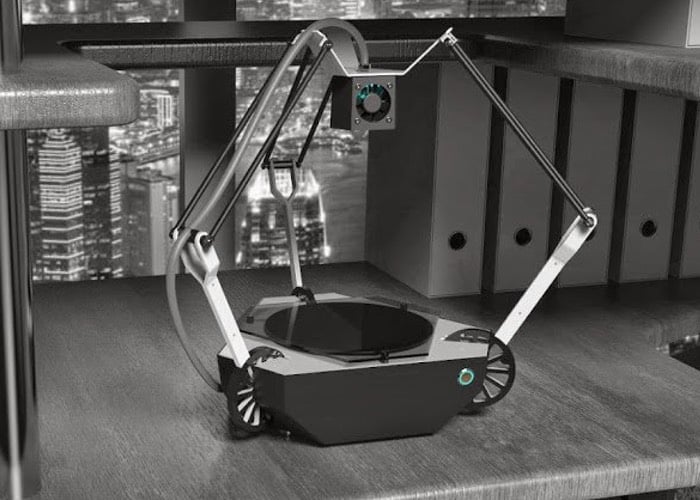 A group of developers based in Budapest are currently in the process of developing a new 3D printer called the Krak3n that is being designed to provide users with a high-speed 3D printing system.

The design of the Krak3n 3D printer is unique in that it completely eliminates linear carriages like many other 3D printers and is built using a modular design for easy upgrades with other functions such as a dual extruder, or laser engraver.

The development team are working flat out to make the Krak3n available to pledge for via the Kickstarter crowdfunding website during April of this year.

The printer is now in its second stage of prototyping and includes features such as an automatic print bed calibration, together with a new function called Printguard. To monitor materials and printing progress and 3D scanning capability, the Krak3n team explain a little more about their new 3D printer.

“The build surface is a steel plate, and it has an open frame, so it’s easier to access and modify, but that does not affect the functionality,”-“The module is not attached yet, but we plan to do so this week. The 3D scanner will also be tested this week. The software is mostly debugged, and ready to roll. The GUI is still under development – but it will be amazing.”

As soon as the Krak3n 3D printer launches over on the Kickstarter crowdfunding website we will keep you updated as always. Enabling you to help the development of the system by making a pledge and becoming a backer. In the meantime if you would like to learn more about the Krak3n 3D printer jump over to the official Krak3n website via the link below.