We remember a BBC docu about an ultra-Orthodox Jewish community where one of the members explained that they would always be riding the last car of the train of progress. Sounds poetic, but it’s ever so true. To at least tap into a significant market in their country, an Israeli telecom firm unveiled kosher smartphones whose features and apps aren’t offensive to orthodox sensibilities. 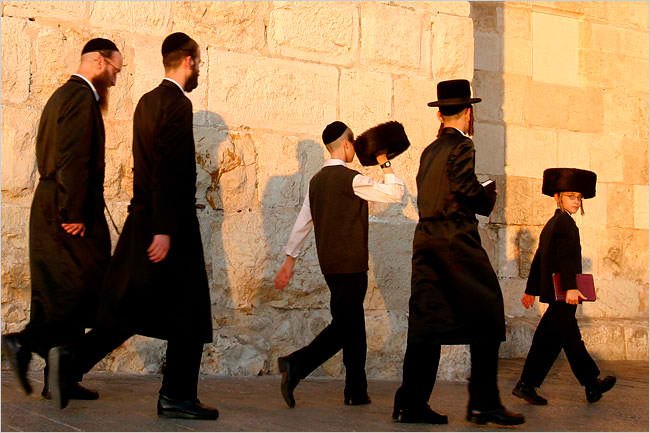 AN ISRAELI telecoms company is offering ultra-Orthodox Jewish clients a kosher smartphone with Hassidic folk music ringtones and a menu in Yiddish, a newspaper reported on Wednesday.

While other firms have tapped into the religious market by offering phones free of Internet access, with no email or access to Facebook which could lead users into temptation, none has so far offered its services in Yiddish, Yediot Aharonot said.

When we usually feature gadgets here at GG, there’s often an accompanying spec list. For lack of a spec list, let it be writ that this new smartphone has no Facebook, email, text messaging, or camera. Why, it’s just like a cellphone from the stone age.

But seriously, Orthodx Jews are cool cats with their reverence for the past and conspicuous avoidance of consumer trends. You gotta admire that kind of dedication.