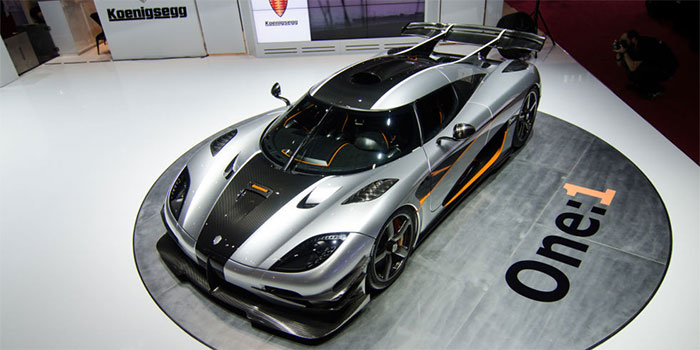 When it comes to high-end and expensive sports cars, you can’t get much more costly than a Koenigsegg. The Swedish supercar maker sells some of the fastest and most expensive cars on the road. The most exotic of all the cars the manufacturer offers is the One:1. This car gets its name from the 1:1 horsepower to weight ratio it boasts.

The car weighs in at 1360kg and has 1360hp making it a stunning performer. Sadly, we never got to see it break some of the most important records, like the lap record at the Nurburgring because of rule changes and the fact that the car is stunningly loud.

It’s so loud because while it looks like the other six examples made on the outside it is slightly different underneath. This particular development car wears a titanium exhaust system and is fitted with a roll cage. That roll cage adds 110 pounds to the weight of the car, but with 1360hp on tap, you’ll be hard pressed to notice that extra heft on the track. This beast even has GPS suspension that tweaks itself for optimum cornering on the racetrack. It can be yours for $6 million, someone call Floyd Mayweather.

Via Road and Track