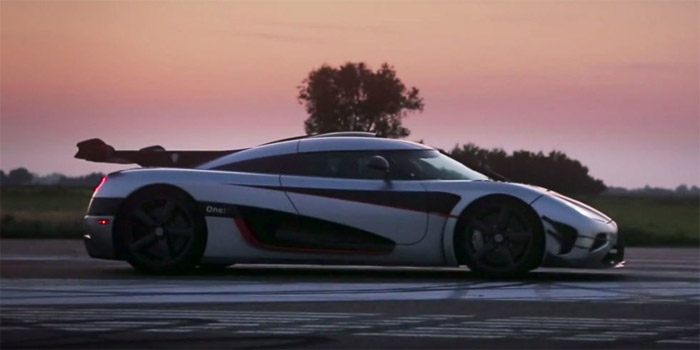 When it comes to fast hypercars, Koenigsegg has one of the fastest in all of the world. It’s Agera R already holds the current record for sprinting from 0-300-0 km/h and Koenigsegg wants to break its own record. Recently Koenigsegg had its new hypercar, the One:1, at the track for a practice run to see what it can do in the 0-300-0 event.

Since this was a practice run and not an officially sanctioned event, the record still belongs to the Agera R. A video of the test run shows that the One:1 beat the Agera R by 3.24 seconds. It took the One:1 17.95 second to go from a standstill to 300 km/h and return to a full stop.

That is mind-boggling performance indeed. This was a practice run and the official run for the record will happen later. I wonder how much the drive held back in the test. Watch the video to see the practice run for yourself. If you are wondering where Koenigsegg gets the name One:1 it comes from the power to weight ratio. The car has 1340hp and weighs in at 1340kg giving it one hp to one kg of weight.