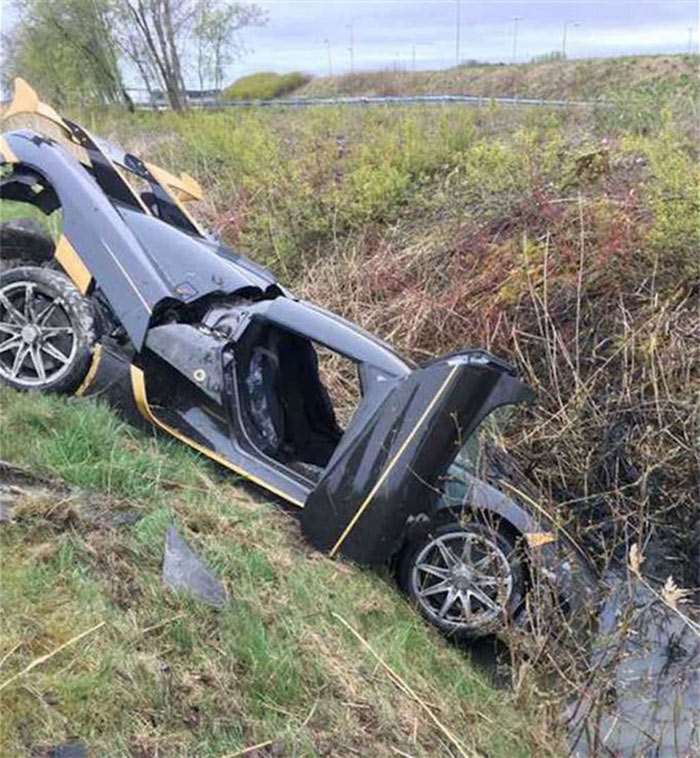 Almost exactly this time last year we talked a bit about the incredibly rare and expensive Koenigsegg Agera RS that had crashed while testing in Sweden. Koenigsegg has built that car for a buyer and ended up fixing it and using the car as a test vehicle.

That very same Agera RS has now crashed again. The accident happened last week and saw the car put into a ditch in the area near where Koenigsegg tests its cars. The fact that this is the same car that crashed last year has been confirmed.

The car is an Agera RS Gryphon made from carbon fiber and weighing 3,075 lbs. It has 1369 hp and 1,011 lb-ft of torque. It’s unclear if the car is destroyed this time or if it can be fixed. We also have no idea what happened this time out.