Kingston has just launched their latest SDXC at Computex 2010. The 64GB SDXC UHS-1 is rated in speed Class 10 and has 10MB/sec minimum data transfer rate and up to 60MB/sec read and 35MB/sec write speeds say Kingston.

Unfortunately the new card SDXC format won’t work in mobile phones and is designed for laptops and digital cameras and camcorders. But this is expected to change over time as mobile phones develop. 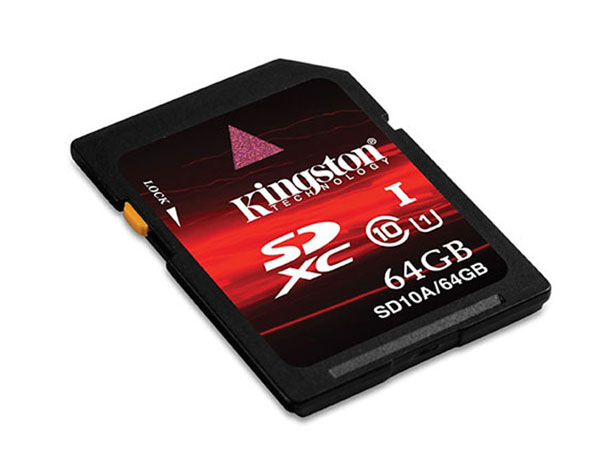 Kingston also say new cameras and camcorders from Canon and Panasonic will be compatible with the new SDXC format very soon and believes that other gear, such as, HDTVs, media players, navigation devices, and computers (as long as it accepts exFAT), will also be compatible with SDXC in the near future.

The new Kingston 65GB SDXC will retail for just under $500 and has already started shipping and should be in stores by the end of the month.