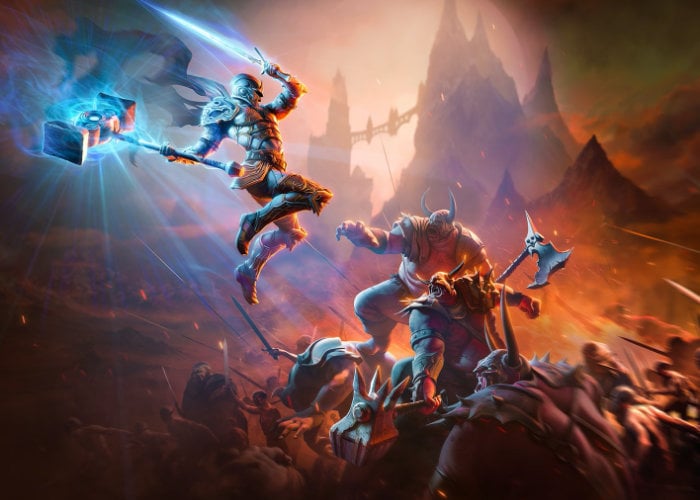 The Kingdoms of Amalur Re-Reckoning game has already launched on PC, PlayStation 4 and Xbox One systems, becoming available during September 2020. Now publisher THQ Nordic has confirmed that the game will be launching on the Nintendo Switch in a few months time and will be available to play from March 16th 2021 onwards. Kingdoms of Amalur: Re-Reckoning, is a remaster of the original game first launched back in 2012.

“Kingdoms of Amalur features five distinct regions, four playable races, and three class trees with 22 abilities per tree.[4] The four playable races are the Almain (Civilized Humans), the Dokkalfar (Dark Elves), the Ljosalfar (Light Elves), and the Varani (Nomadic Humans).[citation needed] The player starts off as a “Fateless”, but can afterwards choose a class among the three available in the game, which are called Might, Finesse, and Sorcery; they correspond to the fighter, rogue, and mage classes respectively.”

“As the player fights and gains experience, additional levels are unlocked. With each level gained, the player gains three ability points which can be invested in the skill-tree system to unlock or augment the 22 abilities, or put points into one of the other trees. By completing Faction quests and investing ability points in certain amounts in minimum combinations in the various skill trees, the player can also unlock various “destinies”, which add positive buffs to the player.”

HQ Nordic has also confirmed plans to release a brand new Kingdoms of Amalur expansion Fatesworn later this year, as soon as more details are made available we will keep you up to speed as always.