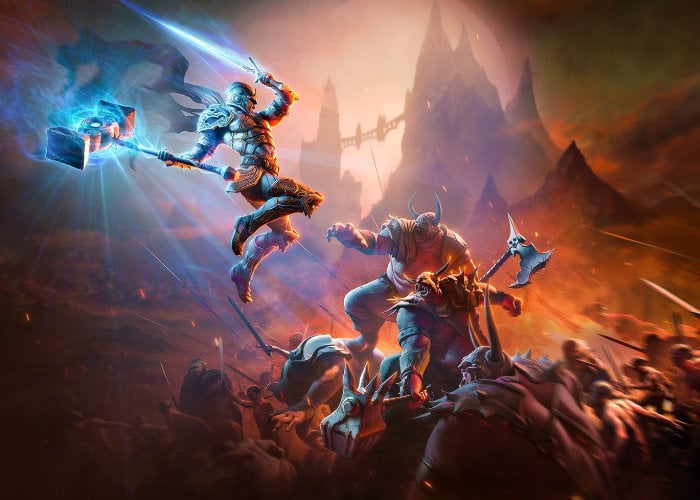 The eagerly anticipated Kingdoms of Amalur: Re-Reckoning game is now available to preorder and pre-download offering a chance for gamers to experience the role-playing game and the latest generation of gaming consoles. Kingdoms of Amalur: Re-Reckoning will be launching on the Xbox platform on September 8th 2020. Check out the latest teaser trailer below to learn more about what you can expect from the remastered game which was first launched back in 2012 on the Xbox 360, PlayStation 3, and PC.

“The hit RPG returns! From the minds of the bestselling author R.A. Salvatore, Spawn creator Todd McFarlane, and Elder Scrolls IV: Oblivion lead designer Ken Rolston, comes Kingdoms of Amalur: Re-Reckoning. Remastered with stunning visuals and refined gameplay Re-Reckoning delivers intense, customizable RPG combat inside a sprawling game world. Uncover the secrets of Amalur, from the vibrant city of Rathir to the vast region of Dalentarth to the grim dungeons of the Brigand Hall Caverns. Rescue a world torn apart by a vicious war and control the keys to immortality as the first warrior ever to be resurrected from the grips of death.”

Features of the Kingdoms of Amalur: Re-Reckoning game include :

– Build the ideal character for the most intense combat, choosing from a countless combinations of skills, abilities, weapons and pieces of armor.
– The revolutionary Destiny system allows you to continuously evolve your character class to your style of play.
– Seamlessly integrate magical and melee attacks as you take on scores of enemies in grand fight sequences and finish them off with brutal Fateshift kills.
– Extend your experience in Amalur with all DLC from the original release, from Teeth of Naros to Legend of Dead Kel and more!
– Hundreds of hours of RPG play await! Travel from the vibrant city of Rathir, to the vast region of Dalentarth, and the grim dungeons of the Brigand Hall Caverns as you uncover the secrets of Amalur!
– Explore deep levels of lore in a universe steeped in 10,000 years of fiction created by New York Times bestselling author R.A. Salvatore.
– Rescue a world torn apart by a vicious war and control the keys to immortality as the first warrior ever to be resurrected from the grips of death.
– Explore a sprawling game world hailed as having “more content than any single-player game deserves!”
– Enjoy countless side quests rich in political intrigue, romance, sinister magic, and even whimsy – all central to the primary mission.
– Improved graphical fidelity in Re-Reckoning.