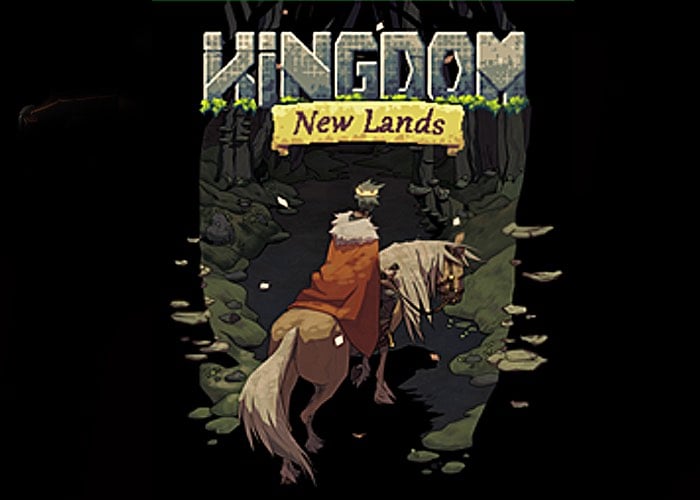 If you enjoyed the indie hit and IGF nominated game, Kingdom. Originally designed and created by independent developers Noio and Licorice that launched last year, you are sure to enjoy the new Kingdom New Lands game launching today on PC, Mac and Xbox One.

Kingdom New Lands builds upon the gameplay and mystery of first Kingdom game, by introducing an abundance of new content to the game while “maintaining the simplicity and depth that legions of monarchs” have come to experience and enjoy. Check out the official launch trailer below to learn more.

What is the game about? – Good question! One approach to it would we to try to compile some sort of feature list, but what does that really tell you. Another way to address this question is to talk about the emotional journey and experience that Kingdom: New Lands offers.

It is about exploration, discovery, survival and that awesome feeling that you get, when you figure something out, on your own. When multiple pieces all of a sudden come together to form a whole – a basis for a new strategy or an understanding how something in the world of Kingdom: New Lands truly works.

It is about tenacity and overcoming obstacles – even when they seem to be unsurmountable. Pulling through, against all odds. Rebuilding and recovering. And that huge internal high-five when you succeed. It is about figuring out how best to manage your little Kingdom and tie everything together in a fashion where the game doesn’t play you – you play the game. It’s also beautiful, tranquil, melancholy, frantic, stressful and wonderful. It delivers a spectrum of emotions that combine into a unique experience. It’s a minimalist strategy game where you need to discover the rules of how the world behaves before you can rule effectively. It’s also a little bit whimsical, it’s pretty, and it can be frustrating but it won’t hold your hand.

Kingdom: New Lands introduces a lot of new things and builds on the original Kingdom game. It changes the end game significantly. It’s loaded with new elements, new things to discover and explore. It meets a lot of requests for new features, suggested improvements and general feedback from the incredible and wonderful community that has embraced the world of Kingdom and stuck with the game since the launch of the original title – and even further back, when the earliest iteration of Kingdom was a Flash based browser game, enjoyed by an incredible number of people.

Visit to Steam to now purchase for Mac and PC or the official Xbox Store for Xbox One.