The new Kinect 2 specifications revealed that the next generation motion controller will be equipped with an improvement in resolution , via both the colour and deptth cameras within the device. 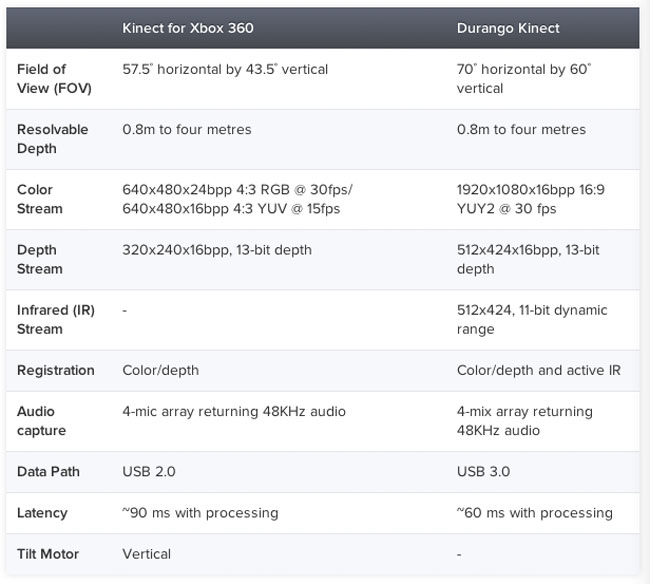 As you can see in the tablet of Kinect 2 specifications above the colour resolution jumps from 640×480 to an impressive 1920 x 1080, but moves from 24 bit RGB down to a more manageable 16 bit RBG spec.

“The active IR stream is stable across variable lighting conditions,”-“For example, shadows, pixel intensities and noise characteristics are the same for a well-lit room, the same as for no light in the room. As a result, this stream could be used for feature detection in situations where a color stream would be useless.”

Its still not sure whether the leaked Kinect 2 specifications are legitimate, but only time will tell as Microsoft announce and reveal more information about their new Kinect 2 motion controller and next generation games console. As always we will keep you updated as news appears.