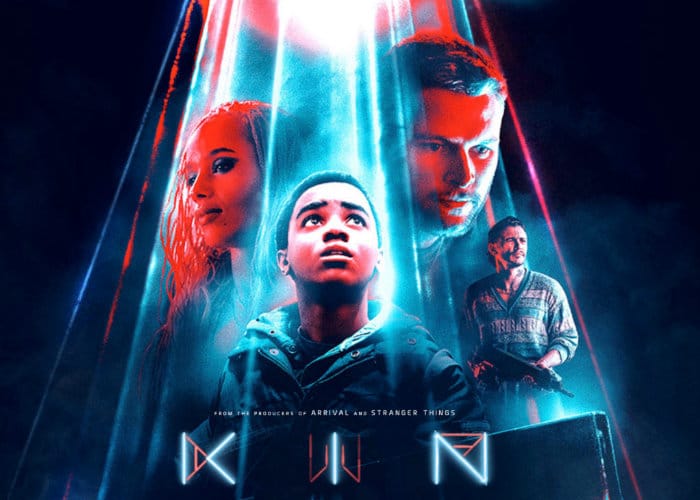 Lionsgate has released a new trailer this week for the upcoming movie KIN which will be premiering in theatre screens worldwide later this month from August 31st, 2018 onwards. The new science fiction movie stars Jack Reynor, Zoë Kravitz, Carrie Coon, with Dennis Quaid, and James Franco, introducing Myles Truitt. Check out the latest teaser trailer below together with the previously released official trailer for KIN 2018.

“Eli is an adopted twelve-year-old who sets out one day to collect scrap metal from the local junkyard, but instead discovers a buried frozen chamber nearby filled with armoured bodies that could not possibly be of this world. As one of the alien forms begins moving, Eli quickly grabs what looks to be its weapon and rushes home to his dad Hal, where he finds his older brother Jimmy who has just returned from a six-year stint in prison. But after vicious local crime lord Taylor Bolek appears with thugs to collect on the $50,000 in protection money Jimmy owes, the two boys barely escape with their lives after Taylor kills their father in a violent confrontation.”

“KIN, a pulse-pounding crime thriller with a sci-fi twist, is the story of an unexpected hero destined for greatness. Chased by a vengeful criminal (James Franco) and a gang of otherworldly soldiers,​ a recently released ex-con (Jack Reynor) and his adopted teenage brother (Myles Truitt) are forced to go on the run with a weapon of mysterious origin as their only protection. “