Megaupload founder Kim Dotcom has launched his new file sharing website, Mega, which has already signed up 500,000 members in a few hours, and it took around 14 hours to reach the half a million new members mark.

Mega has apparently received over one million visitors in the short period since it was launched, and already looks to be a success for Kim Dotcom, who held a launch party at his home in New Zealand. 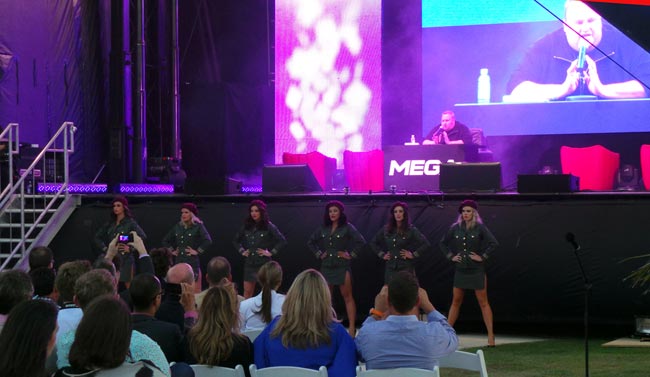 Kim Dotcom launched his new Mega file sharing site on the anniversary of the police raid on his home last year, which looked like something out of a Hollywood movie, he is currently facing prosecution by the US government for alleged copyright infringement over his previous site Megaupload which was shut down last January.

The New Zealand authorities have already ruled that the surveillance of Dotcom by the New Zealand police was illegal and he even received an apology from the country’s Prime Minsiter.

It will be interesting to see what happens in the case between Dotcom and the US government, as Dotcom denies any copyright infringement, I guess we will have to wait and see what happens.