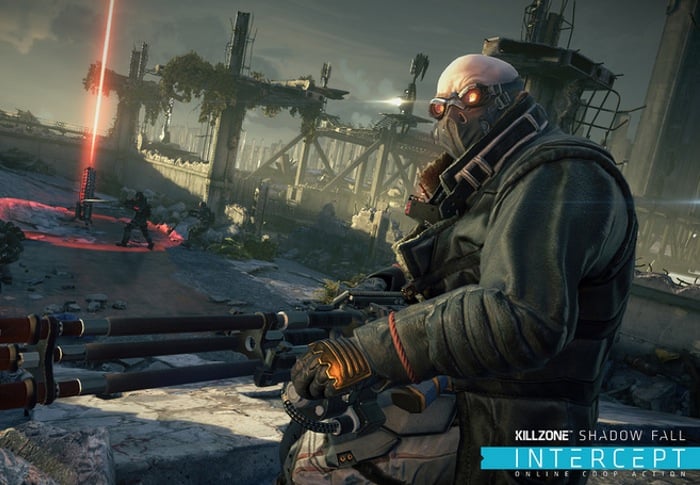 The new Killzone Shadow Fall Intercept DLC adds support for up to four players to engage in multiplayer combat working together, taking on the roles of either a Assault, Marksman, Medic or Tactician class to aid teammates.

The Killzone Shadow Fall Intercept Marksman class has the ability to randomly spawn Petrusite capacitors for his team provide additional benefits such as :

– Full recapture:Instantly recapture all Uplink terminals in enemy hands.
– Full resupply:Instantly restock all ammo and health.
– Free respawn:The next respawn will not penalize the Team Score.
– Minigun:All players receive a minigun in their loadout.
– Mortar strike:Call in a mortar strike on the map. Remember to take cover!
– Double damage:All players deal double damage for a limited time.
– Turrets:Activate the dormant turret platforms located throughout the level.
– Jetpack:All players receive a jetpack in their loadout.